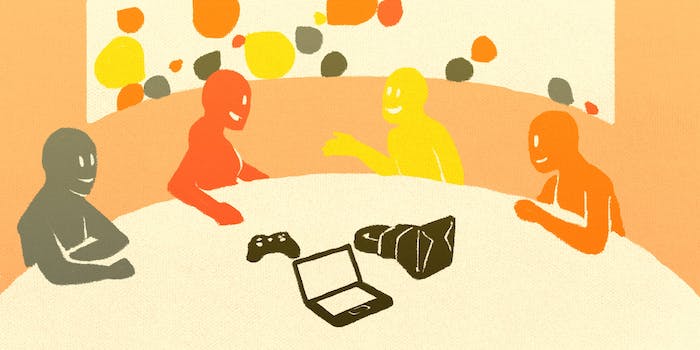 GDC is where the course of the video game industry is charted.

Halfway through the 2015 Game Developers Conference, two narratives have emerged: developers’ exhaustion with Gamergate and the allure of virtual reality.

That sounds like an odd pairing on the surface—the real-world abuse suffered by women and LGBT developers and game critics in the latter half of 2014 and the fake worlds created by Sony’s Project Morpheus and Valve’s new SteamVR system.

Or the debacle that is Gamergate is enough to make someone want to strap on a virtual-reality helmet and escape from the horror. 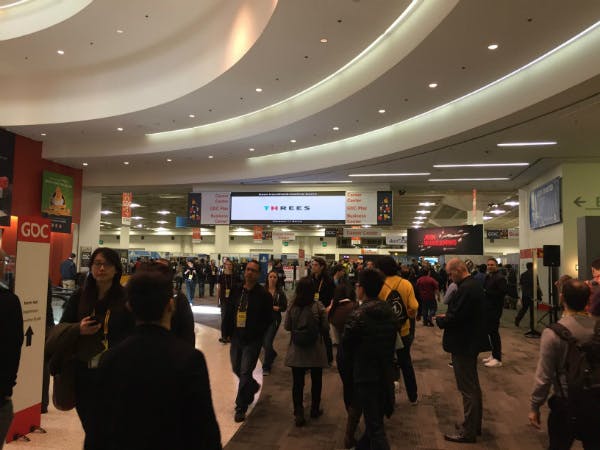 Every iteration of the GDC charts the current course of the video-game industry and where it’s going. Virtual reality is something developers are, for the most part, enthused about.

Virtual reality is not actually a part of the industry yet, in terms of putting products on shelves that consumers can buy. Oculus Rift development kits are meant, literally, for developers. There are games that support Oculus, but the currently available hardware is not what the final, consumer versions will look like. Sony revealed new technical specifications for Project Morpheus, but the release date is only a vague “first half of 2016.”

Valve is not ready to sell its virtual reality tech to consumers, either. Whether or not the technology is going to amount to anything in terms of viable products is pure speculation. VR could fall flat on its face like 3D or motion-control gaming, old initiatives that generated the same kind of hype as virtual reality, with just as little demonstrable, successful consumer applications to stand behind.

Gamergate, on the other hand, exists solidly in the present. It’s a very real threat to the mental and physical well being of game developers and the health of the entire industry.

In some panels at GDC this year, panelists talk about Gamergate as “the movement that shall go unnamed,” kind of like how the evil Voldemort is referred to in the Harry Potter books. At the Independent Games Festival Awards on Wednesday night, awards host and Capybara Games co-founder Nathan Vella made a statement about how the industry needed to recognize the abuse taking place against women and members of the LGBT community, but didn’t invoke the name of the movement everyone knew he was talking about.

At other panels, the name Gamergate is repeatedly shouted, because developers are furious and unwilling to take the abuse any longer. And at the Game Developers Choice Awards, awards host and indie developer icon Tim Schafer openly mocked Gamergate via jokes delivered by a sock puppet. One comedy video shown during the IGF Awards depicted voice actress Ashly Burch as a Wild West-style, gunslinging Social Justice Warrior shooting defenseless white gamers who cowered behind upheld keyboards. 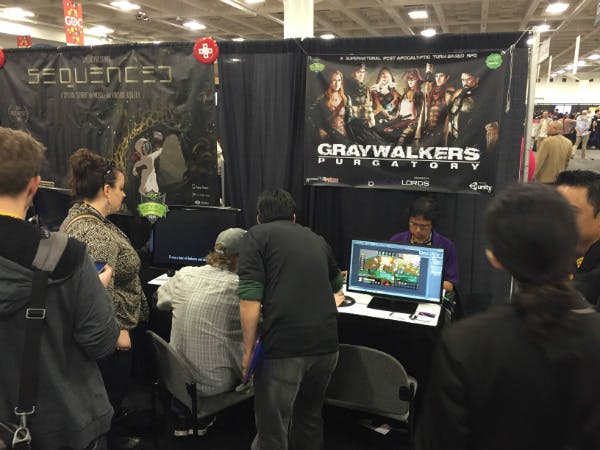 While virtual reality and Gamergate have filtered to the top of the conversation at GDC 2015, they don’t overshadow everything. The GDC Play pavilion is filled with dozens of innovative and awesome games, some of which are still in development, while others are freshly released on Steam. The Independent Games Festival Pavilion shows off all the finalists for the IGF Awards, giving talented indie developers a chance to shine in the presence of their peers.

Developers are showing off new technologies, both hardware and software, on the GDC show floor, while at a cavalcade of panels game developers discuss community management and the evolution of game narrative, the rise of esports, and how the popularity of YouTube is changing the way video games are marketed.

Developers who haven’t seen each other potentially since the last GDC recognize each other in the hallways and burst into excited conversation. Students soak in the wisdom from veteran devs in postmortems for classic games like Adventure and Yar’s Revenge. In all of this hustle and bustle of passion for game development, one realizes that Gamergate will someday wither and go silent, whereas the video game industry will march on, stronger, more innovative, and more vibrant as the years go by.

It doesn’t matter if a small, vocal, and even dangerous minority of traditional gamers, whose bullying and narcissism are being left in the dust, are trying to derail the evolution of video games. At an event at GDC one feels the inevitable and unstoppable wave of progress, and how even with all the amazing leaps forward in game design and game technology, we still haven’t seen anything, yet.