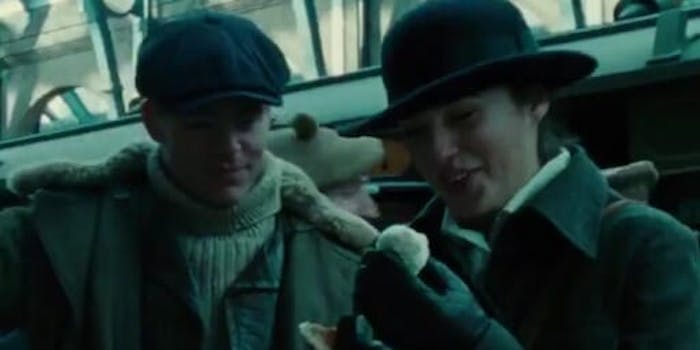 Sometimes, it's really hard to keep a straight face.

Out of all the recent comic book movies to roll out recently, few were met with as positive a reaction as Wonder Woman, starring Gal Gadot as the eponymous hero. Between a 92 percent rating on Rotten Tomatoes, a 7.8 user score on Metacritic, and a total box office haul of more than $800 million, it was undeniably one of the smash hits of last summer, and it turned Gadot into something of a household name.

Which is why the star’s recent decision to release a giggle-filled blooper reel from the set of the film is drawing so much attention―after all, there’s nothing quite like an unscripted, funny moment starring a certified superhero.

Gadot posted the video on her Twitter account this week, remarking that her Wonder Woman co-star Chris Pine had a nickname for her: “Giggle Gadot.” A quick watch of the 19-second clip makes it pretty obvious how she earned that nickname; according to Gadot, she and director Patty Jenkins were able to communicate “with no words,” which is useful for anyone prone to mid-scene bursts of laughter.

It’s only natural that fans of the movie are excited to see clips of the actors breaking character, breaking scenes, or breaking into laughter. Presumably there’s a longer outtake reel that could be put together, one that the public hasn’t yet seen―after all, Giggle Gadot doesn’t sound like the sort of nickname a person earns on the strength of just 19 seconds of laughs.

Maybe this is a good time to hold out hope that the Wonder Woman special features delves a little deeper into her chuckle-heavy on-set alter-ego when the film is finally released for retail. It won’t be that much longer, either. The Wonder Woman Blu-Ray is scheduled to hit stores Sept. 19.