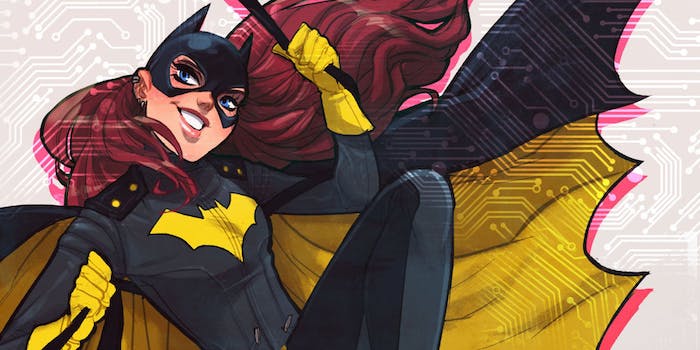 While fans seemed excited by the news, the biggest response focused on Batgirl’s new costume.

If you’ve been hoping for a bit more lighthearted fun instead of the usual dark, Bat-family drama in your Batgirl comics, then get ready to celebrate. DC Comics revealed in an MTV exclusiveThursday that the comic would take an entirely new direction starting with issue 35 in October.

After dealing with a lot of dark subject matter over the last few years, this new run will start with Barbara Gordon losing everything in a fire and taking the opportunity to start a new life in a different part of town. It will have more adventure and mystery while leaving the other superheroes of Gotham to deal with the darker elements. The comic is getting a brand new creative team as Cameron Stewart and Brenden Fletcher take over writing duties from fan favorite writer Gail Simone, and art will be drawn by newcomer Babs Tarr. According to an interview with MTV, Fletcher said the new direction “mixes the best elements of Veronica Mars and Girls, with a dash of Sherlock thrown in for good measure.”

“She wants the opportunity to have some fun and live the life of a young, single girl in the city, so she packs up and moves to Burnside, the cool, trendy borough of Gotham, to focus on grad school,” Stewart said. 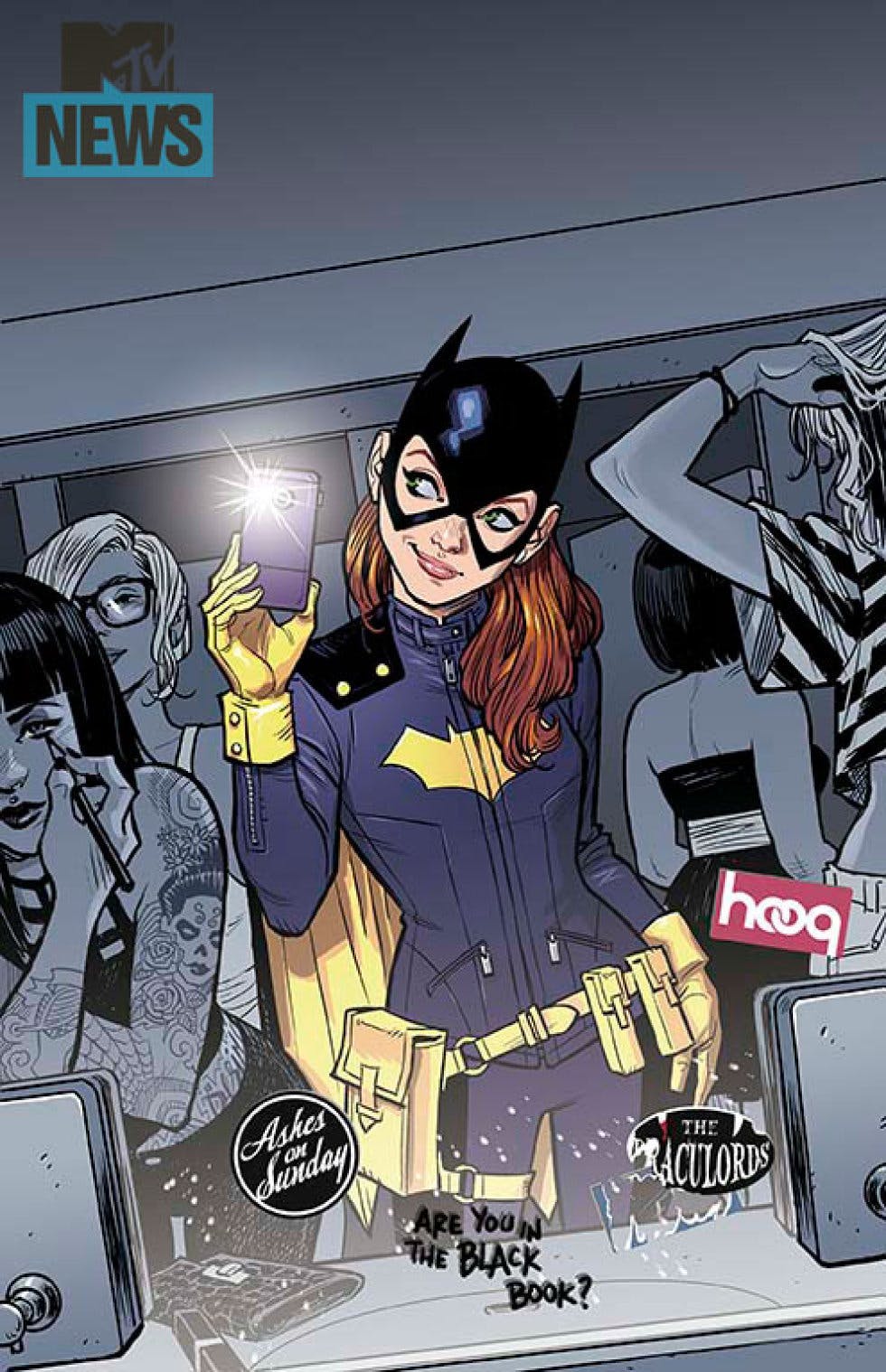 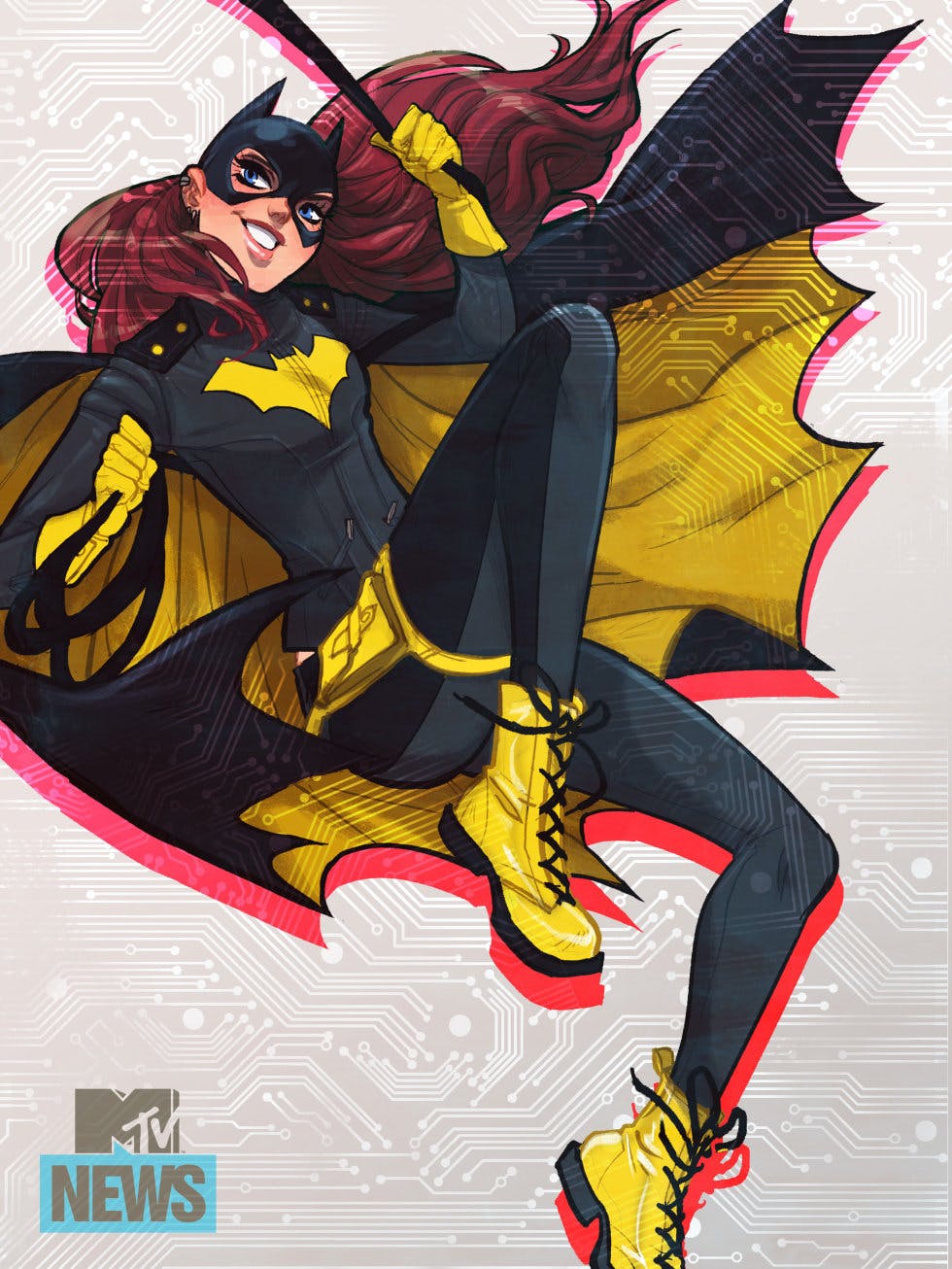 The new direction won’t be a complete reboot and certain elements from the past will remain, but the writers did admit that it’ll basically be a clean break without guest stars like Dick Grayson showing up anytime soon. Anyone worried about about a decrease in diversity won’t have to worry though, as Fletcher tweeted Friday that the comic will have more LGBT representation than ever before.

While fans seemed excited by the news, the biggest response focused on Batgirl’s new costume, made from boutique and vintage store items. The revamped look is supposed to reflect her youth and style. 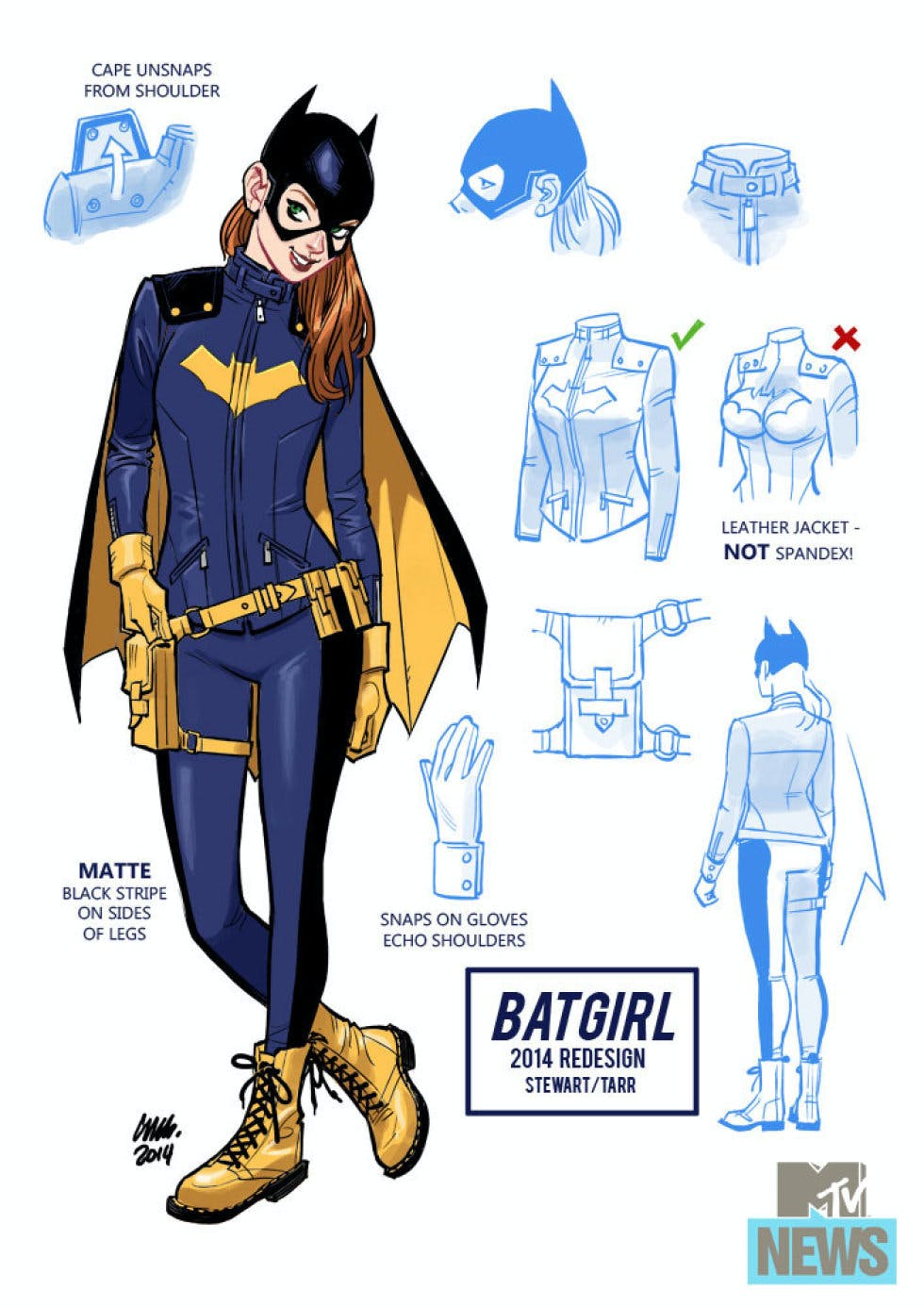 “Unlike Batman or Batwoman, she no longer needs to stay in the shadows, and in fact learns to embrace the spotlight,” Stewart said.

The costume, Doc Martens and all, has already inspired a slew of fan art online.

A ton of Batgirl fan-art, inc. mine: https://t.co/bpUdviKfsz HUGE response in just 1 day to news of inspiring redesign pic.twitter.com/YHgihNNCSA

Loving the new #Batgirl redesign by @babsdraws .More practical,not over sexualized, & must say, I want that jacket. pic.twitter.com/6XNReQzbEd

Balls to armour. Superman in a t-shirt & work boots, Batgirl in a leather jacket, THAT’S what a 21st Century superhero costume should be.

I love that Batgirl’s new design includes yellow boot Docs. Girl of the nineties over here.

Amid the excitement, the question remains: What project will former writer Simone move to next? While Simone wasn’t fired from the book this time, she left due to creative differences only to have the editor then leave the company for Marvel. She explained the situation Friday on Twitter and was supportive of the comic’s new tone. She also teased her new unannounced book. Fans, however, were upset to see her go.

From what I have seen, @cameronMstewart @babsdraws @brendenfletcher are going to deliver a great looking book. Please support them in this.

The character I am creating for the new book might be my favorite character ever.

@GailSimone I will give the new writers a chance, but your work with Batgirl helped me through severe times. I am so sad you are leaving

I’m pretty sad that @GailSimone will be leaving Batgirl.She’s the reason I started reading comics. I guess every fan has to go through this.

So @GailSimone is no longer on #Batgirl? New Batgirl will be a mix of Veronica Mars and girls? @DCComics, why do you hate me?!?

It’s a big change for Batgirl, Gotham, and comic book fans, but considering the positive reactions so far it looks like DC might have made a good decision. We’ll just have to wait and see if the comic is as good as the promos.