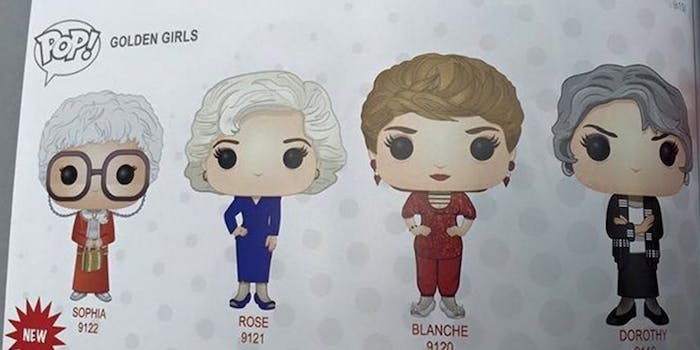 Funko is making the ‘Golden Girls’ line of our dreams

The Funko catalog at the 2016 Toy Fair had a huge surprise.

Funko, the brand that behind all of those adorable vinyl figures everyone loves to collect, has really outdone themselves this time.

During the 2016 Toy Fair in New York City this past weekend, the eagle-eyed folks at PopVinyls.com noticed an exciting new addition to the 2016 line of Pops. 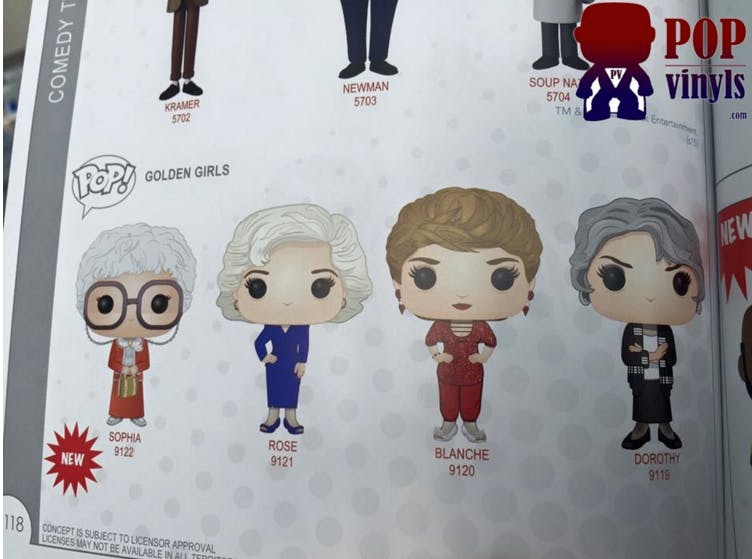 That’s right, Funko is making Golden Girls Pops! There is no release date yet, but based on the frenzy over the (failed) Lego set, there is no doubt that these figures will sell like hot cakes.

Hopefully, this will be the start of an entire Golden Girl Pops universe. Just think about how complete your collection would be with Stanley and Bingo the dog figures!

If you’re interested in seeing more of what’s coming from Funko, PopVinyls.com did you the incredible favor of documenting the entire catalogue. You can check it out right here!

Funko, thank you for being our friend.

Correction: This story was updated to attribute PopVinyls.com.