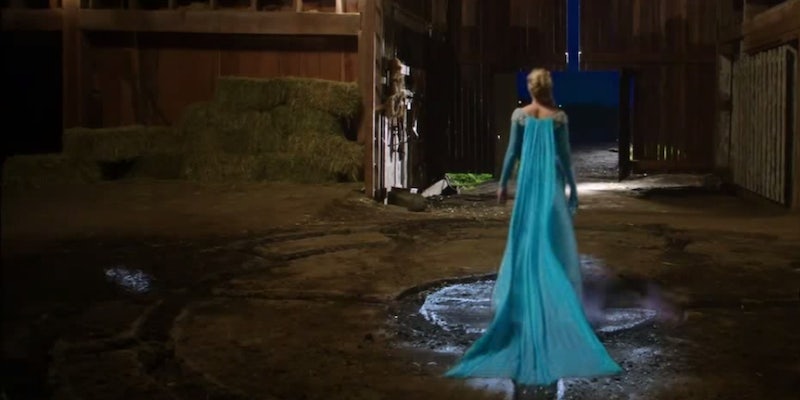 Did you just get chills?

This week’s Once Upon A Time finale was typically bonkers, but it ended on a note that is sure to draw in new viewers next season. It looks like one of Disney’s most popular characters will be joining the cast: Elsa from Frozen.

This is quite a coup for Once Upon A Time, although perhaps one that we should have predicted earlier. Thanks to the fact that it airs on the Disney-owned ABC Channel, OUAT is mostly populated by Disney characters. And while most of the main cast are technically the Disney versions of pre-existing characters like Captain Hook and Rumpelstiltskin, Frozen is still fair game.

Elsa’s appearance in the season finale was brief, partly because the role hasn’t officially been cast yet. In this episode, Elsa was played by a stand-in, meaning that the part is still open for any aspiring Disney princesses to audition.

Frozen’s popularity is not to be underestimated, but this does put something of a burden on Once Upon A Time to do justice to the character. A live-action Elsa is sure to keep people watching, but there will be a lot of pressure on the writers and actress to live up to Elsa’s Disney star status.