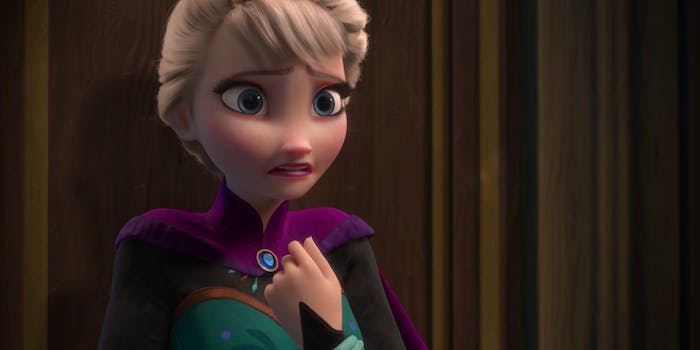 It takes place near Elsa's coronation.

Frozen is about to officially take Broadway by storm as the musical expands upon the movie—and its newest song gives us a glimpse into one of the show’s main characters.

Although Frozen has its lyrical moments—including the showstopper “Let It Go”—the movie soundtrack alone wasn’t enough to sustain a Broadway musical. Frozen songwriters Kristen Anderson-Lopez and Robert Lopez wrote 12 new songs for the musical, which fans who’ve already seen the show in previews have heard. For the rest of us, Disney has slowly released some of those new songs leading up to opening night on March 22.

The latest number is “Dangerous to Dream,” an Elsa solo number performed by Caissie Levy that takes place early in the musical where she voices her doubts and fears leading into her coronation as queen of Arendelle. It’s a more somber tune, one where Elsa voices how she’s set on keeping to her strict set of rules and how even thinking about letting her guard down is dangerous to herself, Anna, and Arendelle.

It’s the third song released by Disney leading up to Frozen’s debut on Broadway, joining “Monster,” another song performed by Elsa later in the show; and “What Do You Know About Love,” a duet between Anna and Kristoff.

“True Love,” a song performed by Anna toward the end of the musical, is set to debut later this week.