Do these portraits look like the "real" Anna and Elsa?

More than a year after Frozen came out, Disney fans are still producing incredible art based on the movie. We’ve seen amazingly detailed Elsa costumes, heartwarming Kristoff/Anna romance fanart, and a whole meme dedicated to an world where Elsa is a fire queen. This week’s offering is a pair of photo-realistic paintings of what Anna and Elsa might look like as real people.

Digital artist Jirka Väätäinen went viral last year thanks to his series of “real life” Disney Princess portraits. The project included everyone from a wild-haired Megara from Hercules to Snow White in a plain brown dress. But up until now, he hadn’t painted Anna or Elsa. 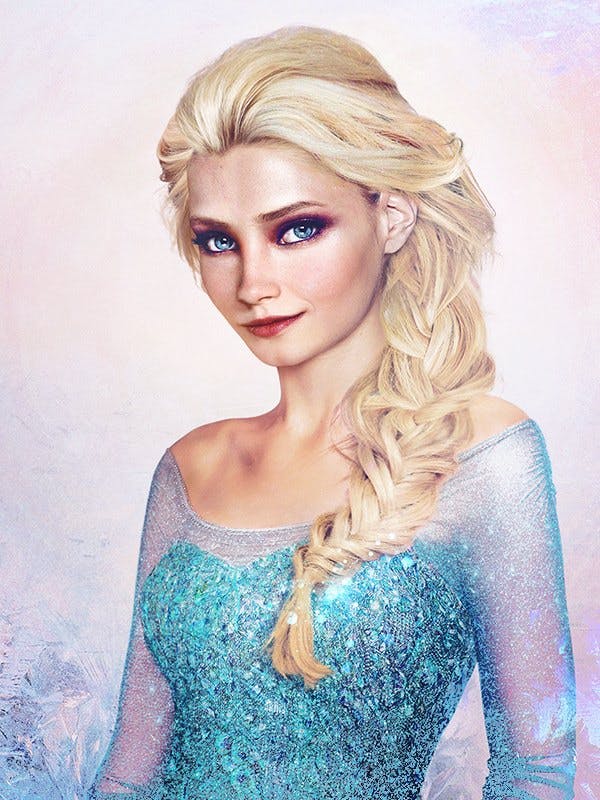 Väätäinen’s version of Elsa bears a certain resemblance to the Olsen twins, although Facebook commenters are also comparing her to Emma Watson and Cara Delevingne. Since the artist’s technique involves a combination of digital painting and photo composition, it’s likely that he did use one or two real people as a reference for the character’s face.

Compared to Elsa, Anna looks younger and more fresh-faced, wearing a version of the Scandinavian-inspired costumes from the movie. 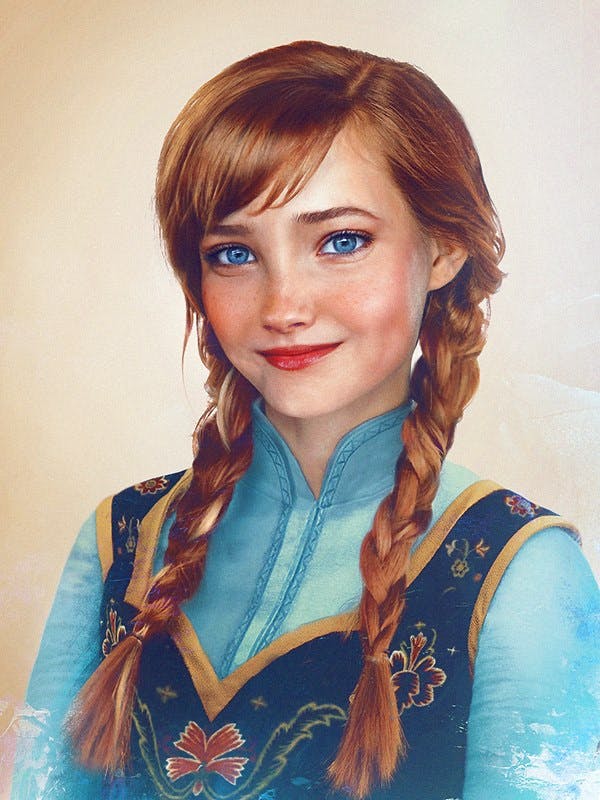 Väätäinen’s earlier Disney Princess portraits were praised for reimagining the cartoons in such a realistic way, although some Disney fans objected to Pocahontes’s historically inaccurate strapless minidress. We’ll be interested to see how Frozen‘s vocal fanbase reacts to Anna and Elsa.