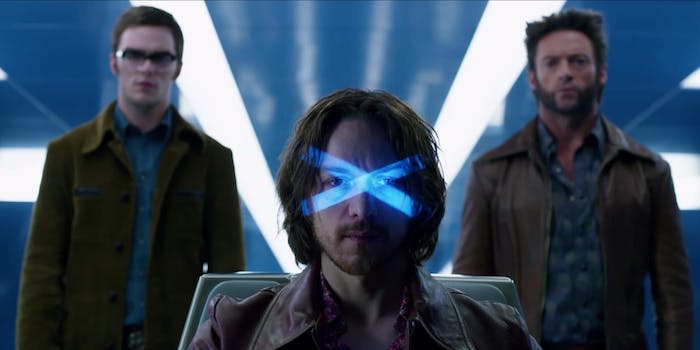 Coming soon: Mutants on your TV?

The Mutants haven’t just taken over the silver screen. They’re looking to take over our televisions next.

Fox entertainment chairman Gary Newman confirmed to TV Insider that an X-Men TV show, based on the popular Marvel comics, is officially in the works. It has been mentioned as a possibility since last April.

An X-Men series wouldn’t be the first time Fox snapped up a show that drew strength from the comic book craze. It recently renewed its Batman prequel series Gotham for a second season. An X-Men project would join an already-packed superhero lineup: Agents of S.H.I.E.L.D. on ABC; Constantine on NBC; Arrow, The Flash, and iZombie on the CW; and several future shows coming to the CW, Netflix, and CBS.

However, this update on a rumor doesn’t come without complications. While 20th Century Fox, a sister company to Fox’s TV division, owns the rights to the X-Men characters, Marvel still holds the rights to the comics. Complicating things further, Marvel is owned by Disney, which also owns Fox’s broadcast network competitor ABC.

For now, 20th Century Fox TV is still in talks to make something happen.

“It’s in negotiations,” Newman told TV Insider. “We’re cautiously optimistic, we had a good meeting with them. That will not be on a fast track creatively. This is just the deal, now we have to find the creative.”

With the creative aspect of the show still on hold, Newman guessed that we wouldn’t get to see an X-Men series until the 2016-2017 television season at the earliest. While Marvel’s TV shows exist in the same universe as its movies, the same isn’t true for DC Comics’ films and series. Whether a Fox X-Men project will follow Marvel or DC’s model is a question the studio will have to answer once it’s able to move forward with the show.