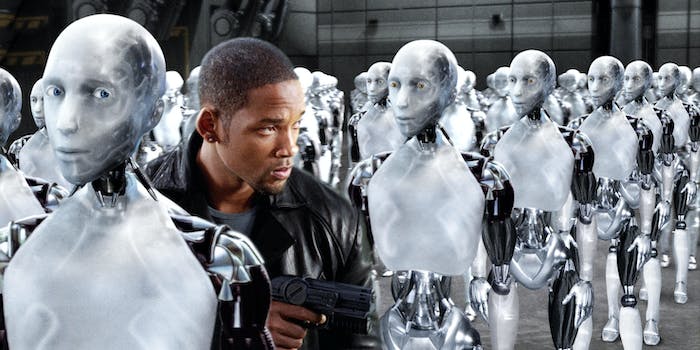 Isaac Asimov’s ‘Foundation’ trilogy is finally getting a TV adaptation

This adaptation comes from the writers of... 'Batman v Superman' and 'Avatar 2'?

Following in the footsteps of shows like The Handmaid’s Tale and Fahrenheit 451, Apple TV is taking a stab at Isaac Asimov’s Foundation trilogy.

The trilogy consists of Foundation, Foundation and Empire, and Second Foundation, covering an epic story about a galactic empire. When a mathematician named Hari Seldon predicts that the empire will fall, he creates an organization of scientists and intellectuals called the Foundation, in the hopes of preserving human culture and knowledge.

Asimov is one of the titans of 20th-century sci-fi, but the Foundation trilogy doesn’t really offer a neat plot for screen adaptation. The most successful Asimov adaptations tend to be pretty different from the source material, like I, Robot with Will Smith (which stems from the Foundation universe), and the 1999 Robin Williams movie Bicentennial Man.

While Westworld‘s Jonathan Nolan was previously hoping to adapt Foundation for HBO, it’s now in the hands of David S. Goyer (Batman v Superman) and Josh Friedman (Terminator: The Sarah Connor Chronicles). Both men are known for writing sci-fi TV and movies, but usually not in the intellectual wheelhouse of Isaac Asimov. Friedman is currently working on Avatar 2, while Goyer has written numerous comic book adaptations including Blade, Ghost Rider, the Dark Knight trilogy, Zack Snyder‘s DC franchise, and the new Superman spinoff Krypton. It’s kind of hard to imagine what they’ll do with a complex, dense series of books like the Foundation trilogy.

Apple TV has a few dramas in the works, including a vehicle for Jennifer Aniston and Reese Witherspoon, a show by La La Land‘s Damien Chazelle, and a reboot of Amazing Stories. A Foundation series would be a splashy way to attract sci-fi fans to the platform because while Asimov is a famous name, there are surprisingly few screen adaptations of his work.