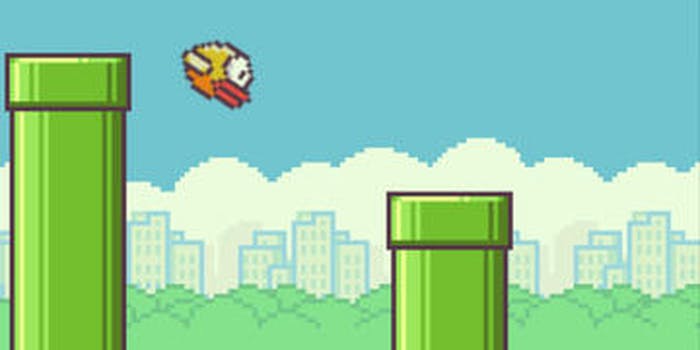 The creator of the hit mobile game Flappy Bird plans to pluck his creation from the App Store and Google Play in less than a day.

In a series of tweets posted to his personal Twitter account on Saturday afternoon, game creator Dong Nguyen seemed distressed about the pressure the popular game was putting on his life. The deceptively difficult game was brining in an incredible $50,000 in daily revenue.

Nguyen told Tech Crunch in an interview on Feb. 1 that he was working with “no resources to do anything else beside uploading the game.” He said he was surprised about the success of Flappy Bird, and overwhelmed.

A few days later, he wrote:

Press people are overrating the success of my games. It is something I never want. Please give me peace.

His Twitter feed shows a near constant dialogue with both fans and critics of the game. Then, on Saturday, he decided to axe the whole thing.

“I cannot take this anymore,” he said in a tweet, promising to take Flappy Bird down in just 22 hours. He added that the game is not for sale.

I can call ‘Flappy Bird’ is a success of mine. But it also ruins my simple life. So now I hate it.

It is not anything related to legal issues. I just cannot keep it anymore.

Despite the surprising announcement, Nguyen doesn’t seem to be abandoning game making all together.