Because cosplay is so gay.

While it comes as a shock to no one that there are LGBT folks in the geek, comics, gamer, sci-fi and fantasy, fanfic, cosplay, and brony scenes, separate conventions focusing on queer topics, characters, and issues are a relatively new phenomenon. These conventions are slowly catching up to the massive online popularity of queer slash and femslash fanfic.

FlameCon is being produced by Geeks OUT, a New York organization that brings queer geeks together for laser tag meet-ups, picnics, and trips to comic readings and movies. Geeks OUT president Joey Stern told the Daily Dot that while comic cons have historically been pretty gay-friendly, his event will provide a deeper focus on queer issues.

“Focusing on a queer geeks lets us do really niche panels and go after amazing—but also niche artists—who wouldn’t shine at a bigger, less focused, con,” Stern said. “Flame Con exists to shine a light on artists and fans who can be swallowed up at larger conventions.” 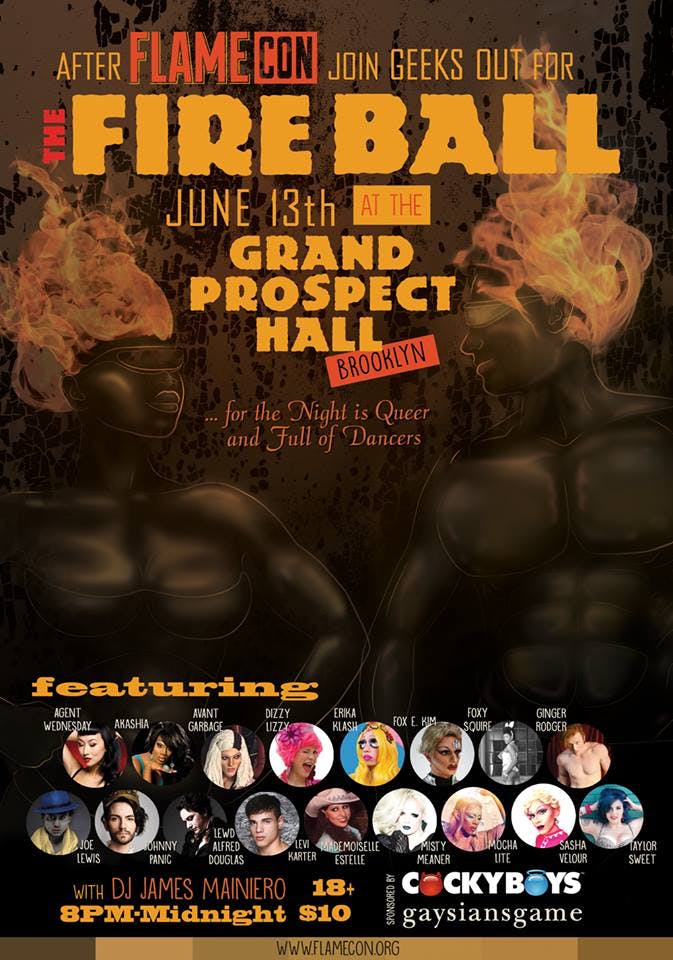 FlameCon is a welcome addition to the small family of queer geek conventions including Los Angeles’s Bent-Con, Philly’s Nijicon, Austin’s HavenCon, and GaymerX (which is game-centered, but still).

So far, FlameCon is set to outpace the growth of the other cons in its very first year, having sold out capacity for the 1,500-person venue.