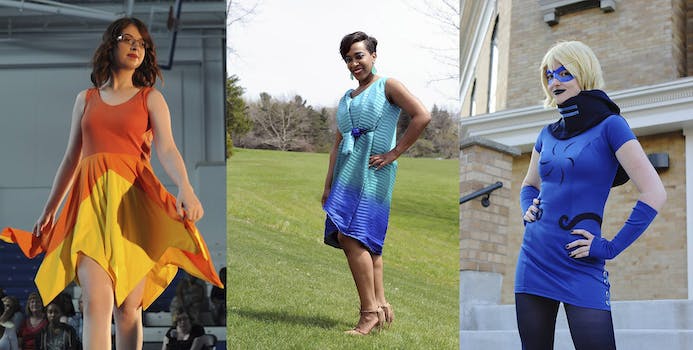 Hannah Barucky is on track to graduate from Ursuline College in 2018, but by the time she picks up her diploma, she may very well have already made a name for herself as a designer. Barucky’s Firefly-inspired dresses are quickly gaining traction among the Whedon-verse.

The beloved space western has inspired a cult following of cosplayers and crafters—and Barucky is certainly one of them. Lucky for her, she can incorporate her love of fashion with her current curriculum. She’s majoring in fashion design and apparel and says that her teachers have been nothing but supportive of her melding of the fandom world with the fashion world.

“I’ve been able to overlap several of my personal projects with class assignments to kill two birds with one stone,” Barucky tells the Daily Dot. Her Firefly-inspired dress designs first hit the runway at school. The imaginative concepts play on a heightened homage, and they’re meant to be worn as much as any other dress. 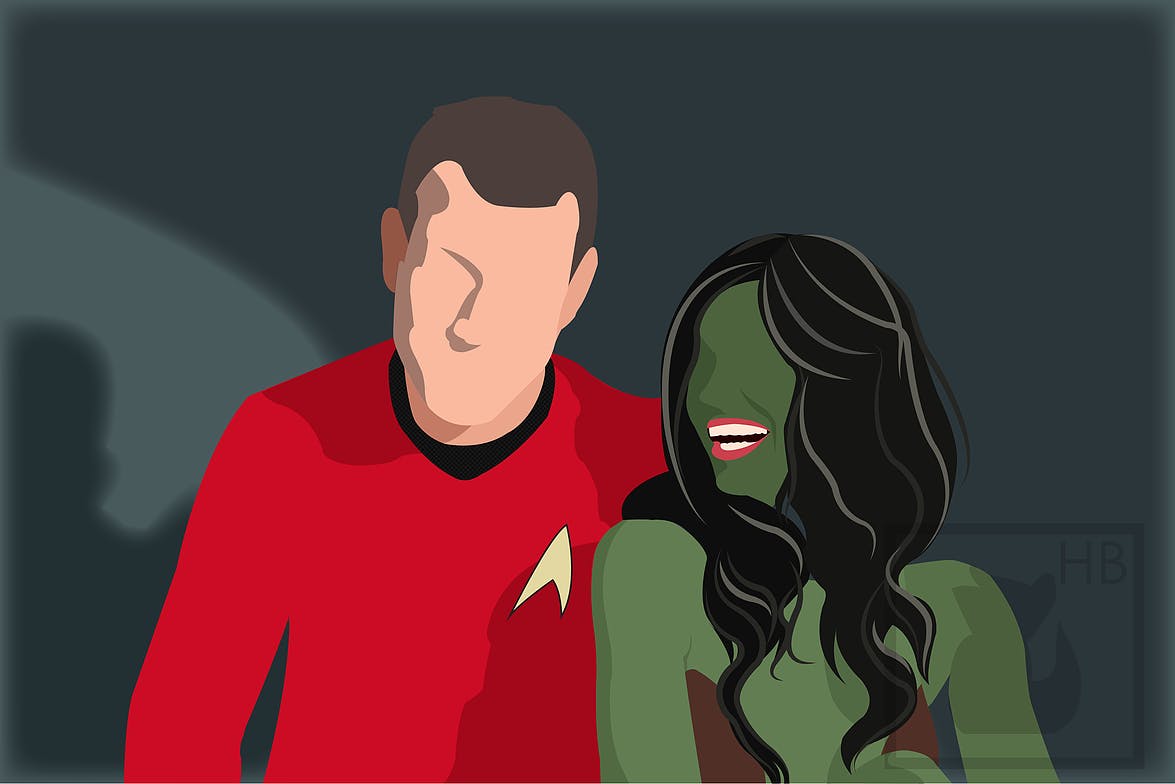 Barucky’s works are also featured on Star Trek Continues, a web series that perpetuates the beloved original iteration of the groundbreaking sci-fi series. Star Trek Continues has pushed the designer both creatively and academically thanks to her role as wardrobe dresser and costume builder. Her recreation of Miramanee’s iconic Native American-inspired costume helped fast-track Barucky toward advanced concepts that her professors have been more than happy to assist with.

“My beginning sewing class teacher Mrs. [Susan] Powers helped me draft a custom pattern for Miramanee, even though that skill isn’t usually taught until several semesters later,” Barucky said, detailing the meticulous work that went into the outfit. “I did everything from ironing and painting on boots to hand beading a few of her accessories to copy that look exactly.” 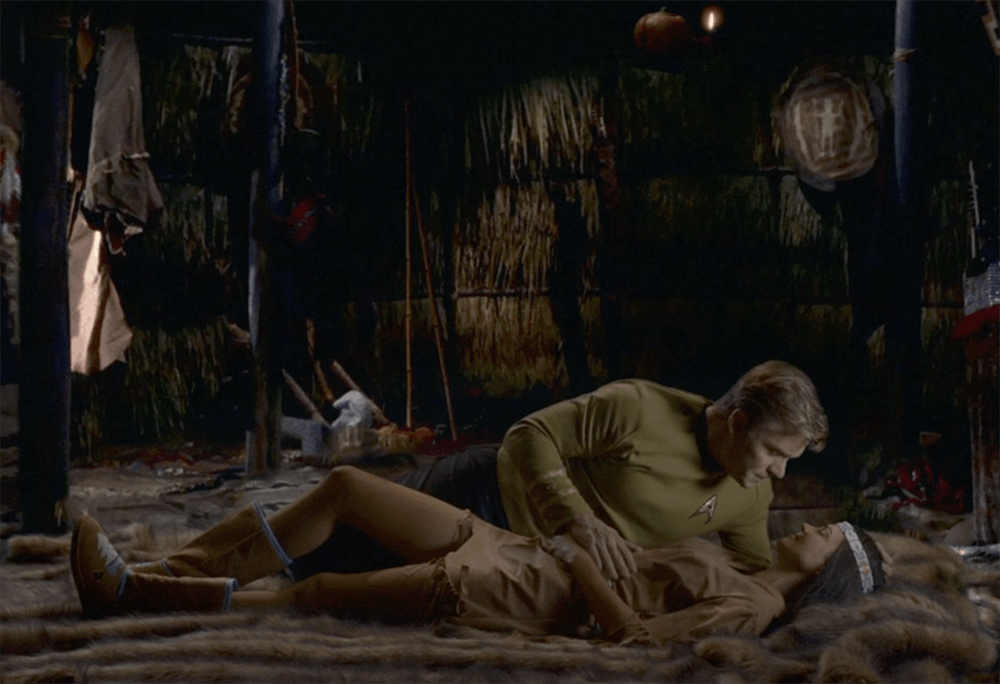 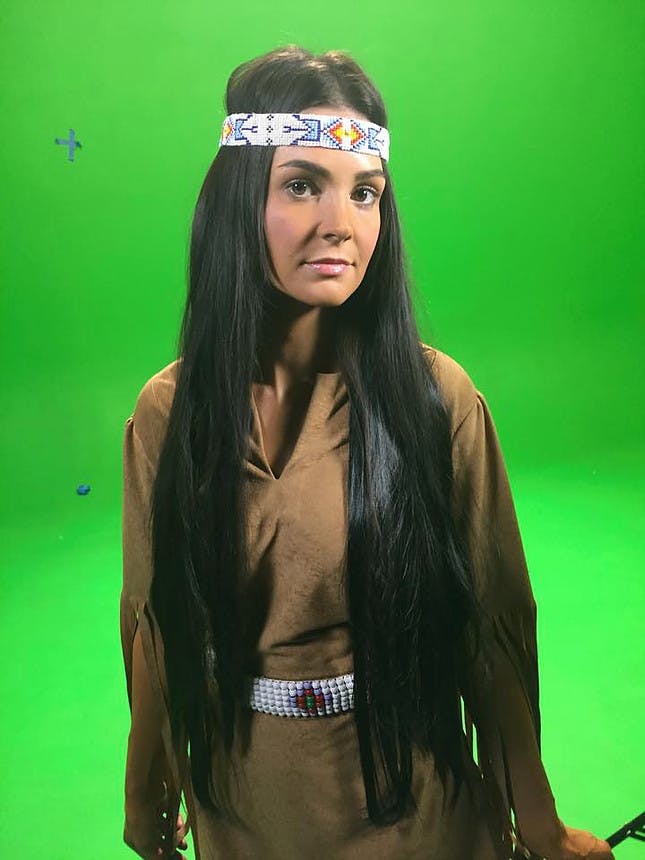 So, what’s Barucky’s next big project? A brief foray into Disney-inspired dresses may serve as the best indicator of the concepts she’s bringing to life and to the runway soon. Barucky’s straightforward Snow White dress is a joy, while her blue ombre Ariel dress marks a more abstract turn in her work. She says Peter Pan and Rapunzel are up next to get the dress treatment.

“Honestly, I could design exclusively Disney. There are so many fabulous characters I’m inspired by,” Barucky said. “Mostly, I just feel extremely blessed to have the time and knowledge to bring these sketches to life with the training I’ve received.” 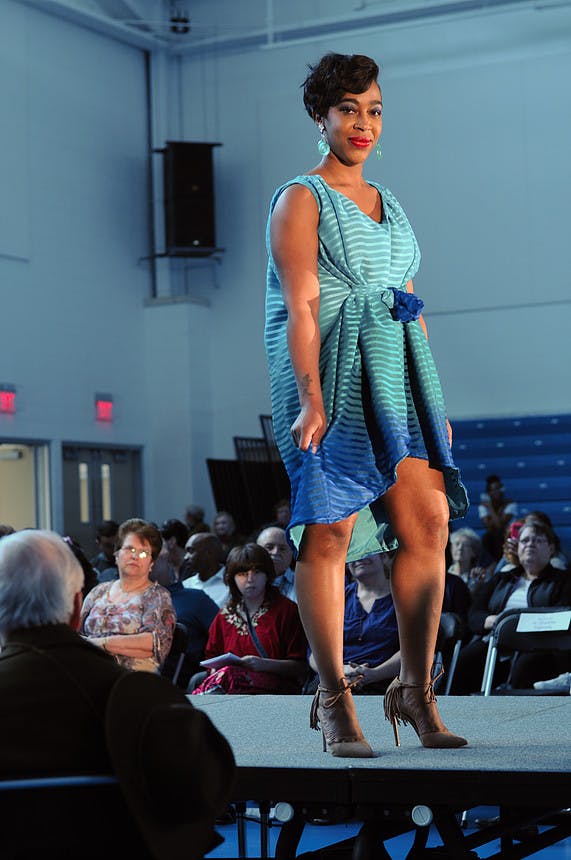