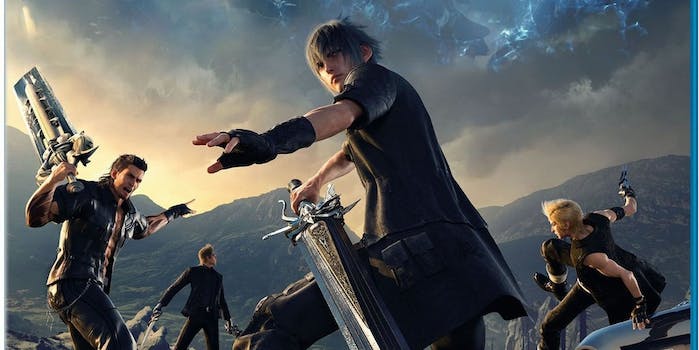 The most controversial aspect of the latest Final Fantasy game will be updated due to fan's criticisms.

After a decade-long wait, fans finally got their hands on Final Fantasy XV a few weeks ago. While the game received critical acclaim for its unique approach to JRPG mechanics, there were some aspects of the plot and presentation that rubbed fans the wrong way.

The biggest issue seemed to be that the story of the four main characters and the world they inhabit was almost exclusively explained in Kingsglaive, a stand-alone anime spin-off and CG movie released. The game even weaved scenes from the film into its cutscenes as part of a day-one patch.

Another patch due in 2017 is planned to add some clarity to Final Fantasy XV’s story, detailed by the game’s director Hajime Tabata on an official blog post:

Our early plans are to enrich certain aspects of the game, adding gameplay enhancements for Chapter 13, buffing ring magic, etc. We’ll have the specifics of what and when for you at a later date.

After that, we’re hoping to delve deeper into the story, adding scenes that will give you new insight into character motivations, such as why Ravus walked the path he did. We will need a little time with these, as they’ll need to be localized and voiced in other languages, but we’ll let you know the details once everything is set.

For the long term, we are looking at making certain key characters playable, and even considering the possibility of customizable avatars, in addition to other features over time.

Further updates to the game will add new ways to play, including carrying over character stats from a previous save and introducing low-level and god modes. This content will be available to all players for free; however, the game does offer a paid season pass with more downloadable content.

Final Fantasy XV is available now for PlayStation 4 and Xbox One.