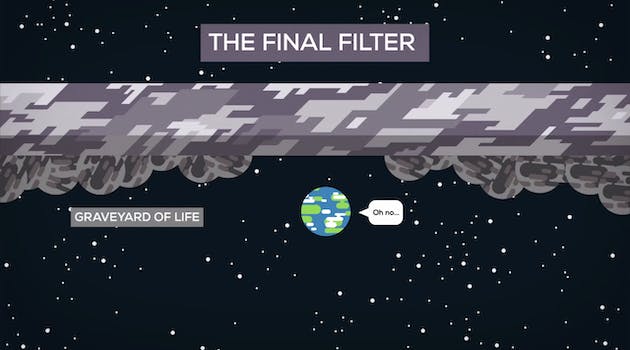 This video explains one of the most unsettling questions in astrophysics

The scientists and artists who run the YouTube channel Kurzgesagt have recently been gaining visibility for their emphasis on gorgeous visuals as a way to explain the confusing fundamentals of science.

As it turns out, the cute, stylish visuals are the most comforting part of their latest video, which tackles the looming, unsolved, and somewhat disturbing mystery of the Fermi paradox—or, why humanity might be alone in the universe.

As one of science’s major mysteries, the Fermi Paradox has prompted numerous competing theories about alien life. Some propose that humanity must be alone in the universe. Others attempt to explain why we are not alone but have not yet been contacted. (No points given to Reptilians or other alien conspiracists.)

One terrifying theory holds that all of the other alien races have been wiped out by a singularity that Earth has yet to experience.

But perhaps most terrifying is the possibility that we’re all alone out here, and that this rare little planet of ours is the only one suitable for life in the entire universe.

The creative team behind Kurzgesagt (which is German for “in a nutshell”) has promised to delve further into the mysteries of the Fermi Paradox in a future video.

Thanks for giving us time to prepare ourselves, guys.

Screengrab via Kurz Gesagt – In a Nutshell/YouTube