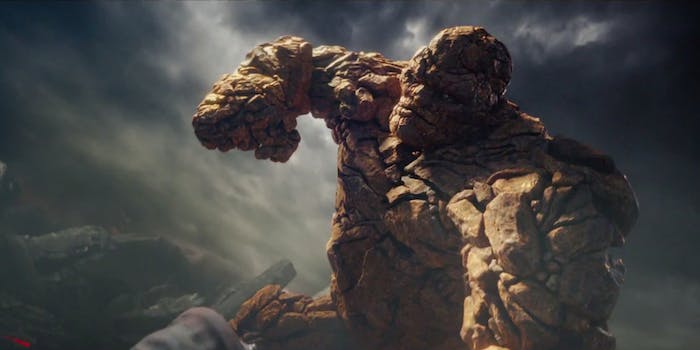 We get even more insight into the group's origins.

After fans expressed concern over the first trailer and emerging plot details of the Fantastic Four reboot (Doctor Doom as a hacker, anyone?), 20th Century Fox released a new trailer that’ll hopefully put out those worrying flames.

While the initial trailer introduced us to the characters and offered plenty of intrigue, the second one focuses more on the core group, their interactions with each other, and details about how they obtained their powers in the first place—as well as the aftermath.

The glimpse of Doctor Doom might not completely squelch concerns regarding his character, but it’s hard to deny how cool he looks.

It’s still a darker tone than we’re used to seeing in recent Marvel films, but they trade off banter, adding some much-needed humor and lightheartedness—even if they are about to travel to another dimension and gain their superhero abilities. It’s worth the fistbump, if you don’t mess it up like Dr. Reed Richards.