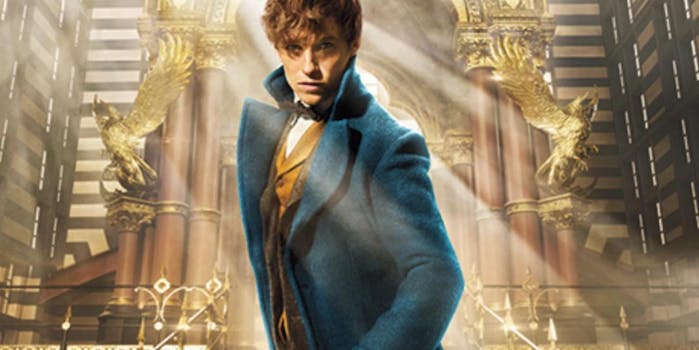 It's not your Hogwarts letter, but the anticipation is nearly as high.

We can blame the endless litany of much-hyped teasers in which we learn almost nothing about The Force Awakens for this: Warner Bros. has just plunked down a 15-second teaser for a teaser for another possible teaser for Fantastic Beasts and Where to Find Them.

The highly anticipated first film in J.K. Rowling‘s prequel series to Harry Potter is out next year, and despite fans’ frenzied attention to her hints about the plot and casting news, we still know very little about it.

Set your clocks, Potterheads. Dec. 15 will probably feed us yet another pointless non-teaser for a future teaser to be appearing at some point in our lives—but let’s face it: You’ll still be waiting eagerly, because you live for this stuff.

Meanwhile, let’s place bets on whether the teaser trailer will reveal any of the much-touted “organic” background diversity that we’ve heard so much about, but that the main cast inexplicably lacks.