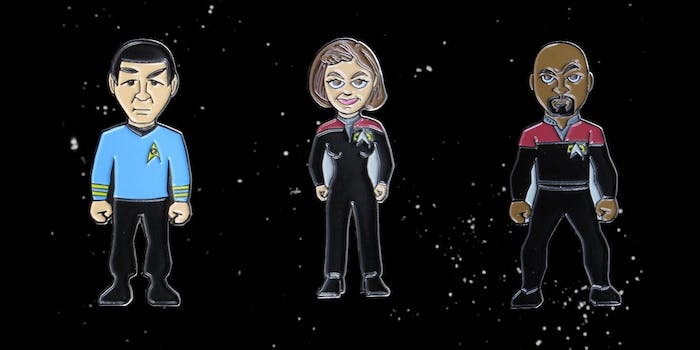 The new company launched with a line of 'Star Trek' pins for the franchise’s 50th anniversary.

Just in time for Star Trek‘s 50th anniversary, a brand new company has released a line of collectible, limited-edition pins that take the franchise to a whole different frontier for fans.

The company FanSets launched this week with the announcement of the line, which includes pins of characters and ships from the various TV series as well as the 10 original timeline films. So far the range features familiar main characters like Captain Picard along with more obscure characters like M’Ress and ships such as a Klingon Bird of Prey and the Defiant. Only 14 badges are available now, with the rest listed as coming soon. According to a statement, special pins for events and the 50th anniversary will also be released this year.

The company was founded by Lew Halboth, John Garrison, and Dan Madsen. Madsen, the current head of marketing and PR for geek girl apparel company Her Universe, told the Daily Dot in an email interview that Halboth and Garrison came to him with the idea “to create a new collectibles company based around innovative pin ideas for the sci-fi world.” After discussing concepts, Madsen was asked to come onboard as a partner due to his experience working with a variety of science fiction franchises over the years. 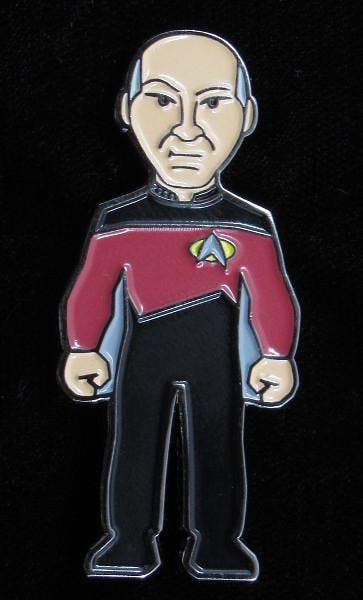 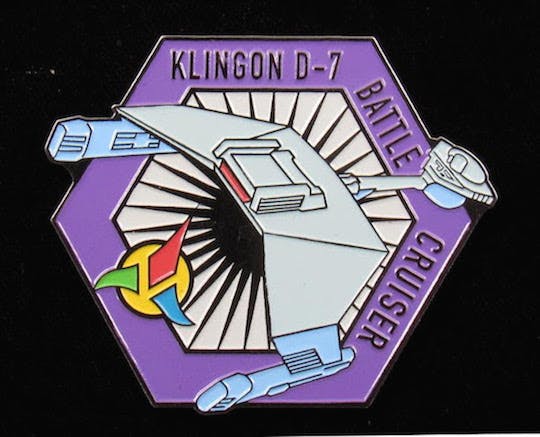 “I started my career creating the first Official Star Trek Fan Club and its magazine, the Star Trek Communicator. These pins will have unique aspects to them—autograph pins, character pins, pins with moving parts and the one I am most excited about—augmented reality [AR]. An entirely new (and just massively cool) way to experience fan memorabilia,” Madsen said. “AR pins will each be associated with a particular 3-D image that can be viewed through a special smartphone and tablet app. You can collect these and display them or wear them. The 3D comes to life right before your eyes.”

The idea of these augmented reality pins is especially intriguing because it’s not just individual pins that will respond. When certain Star Trek pins are placed together, they will apparently recreate a scene as well.

In addition to the announcement of the Star Trek line, FanSets also revealed Harry Potter pins and DC Comics pins will be coming soon and more franchises are on the way. You can see more of FanSet’s new Star Trek pins below and learn more about the company, its membership club, and upcoming events on its website. 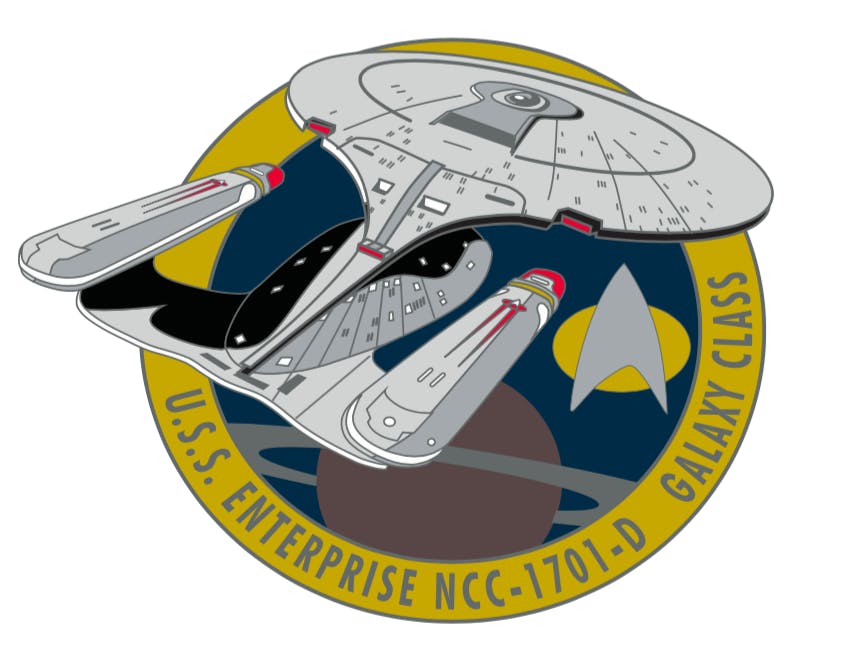 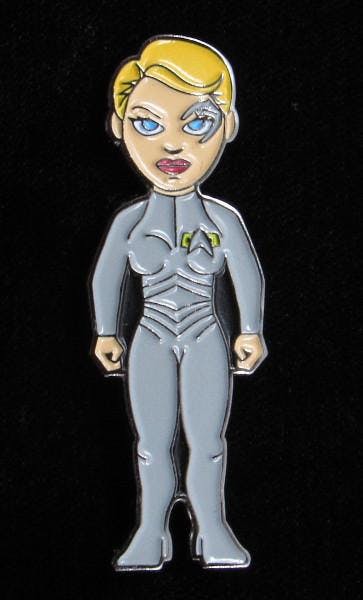 BONUS: I watched ’60s Trek for the first time and loved it: