Blood, sweat, and ink: Breaking into webcomics in 2014

It's hard out there for a webcomics creator, but it's also rewarding.

The world of webcomics is vast and varied, made up of beloved comics that have been around for years and new ones just beginning. Where publishing an indie comic online was a novelty just 10 years ago, it’s become a common way for creators to reach an audience, and that’s led to a crowded field. But with thousands of comics crossing almost any genre or subject matter you can think of, it’s hard for a new creator to stand out.

Some veterans, like Dinosaur Comics’ Ryan North and The Adventures of Dr. McNinja’s Christopher Hastings, have managed to find huge, loyal followings and turn their comics into full-time jobs. They’re often asked about breaking into the business, and they both told the Daily Dot that newcomers should look for support from other creators, and use social media to spread the word about their work.

But what is that experience actually like for artists and writers trying to make it in webcomics in 2014?

Writer J. Gray, who three years ago created Mysteries of the Arcana, which follows the adventures of two young women exploring a tarot-inspired multiverse, told the Daily Dot one of the hardest things about being new in the community is its size.

“It’s large and filled with independent creators. They often organize, informally, into small groups and it can seem hard to penetrate that shell. It is akin, I suppose, to being the new person at a party where everyone knows the joke but you,” Gray said. 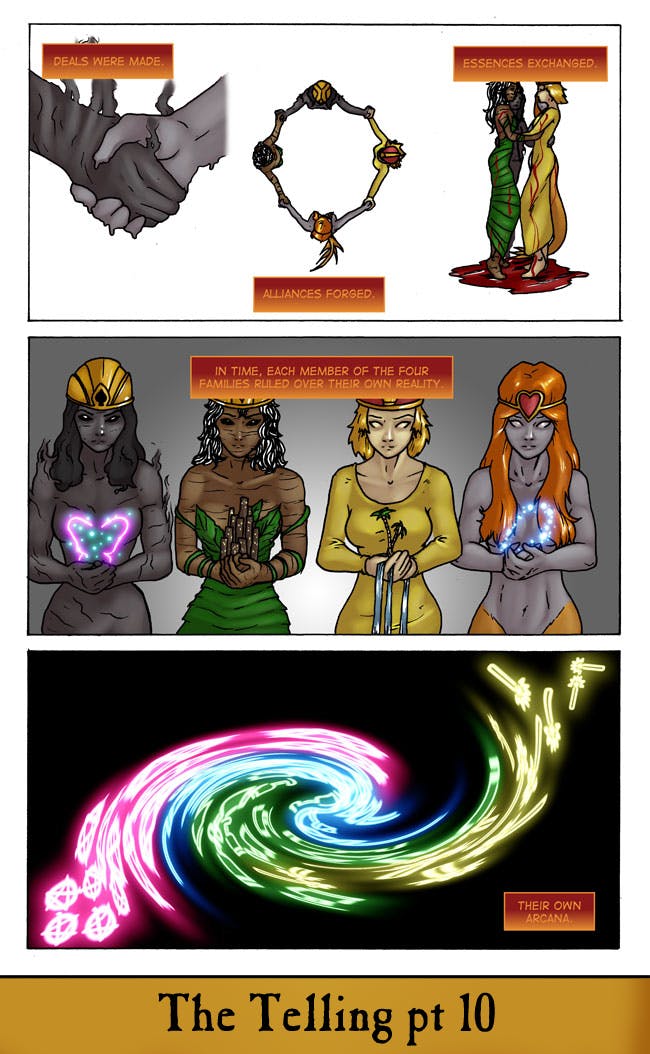 Illustration by Keith Wood/Mysteries of the Arcana

Sisters Shawnee and Shawnelle Gibbs created Fashion Forward—about a fashion assistant who creates a time travel device and threatens to change the industry’s future—last year. They find growing their audience to be one of the hardest challenges. Shawnelle said they try to focus on creating the best story possible to attract readers. However it can be difficult for new writers to focus on crafting the right story and grow their readership at the same time.

“In in this community, you need to have a good story in order to have readers wanting to come back for more. With established webcomics, readers know what they are getting quality-wise,” said Donogh McLaverty, who in 2013 created a webcomic called A Lost Transmission that focuses on college students.

While story and readership are two of the big issues on these writers’ minds, they also struggle with the daily challenges of keeping up a webcomic, like planning updates and anticipating unforeseen events. Gray said it’s maintaining readers’ enthusiasm that’s the biggest challenge, with new installments coming only a few times a week. Growing an audience can be slow going.

“It can be easy to get discouraged when all your effort nets only a few hundred readers after months of regular updates,” he said. 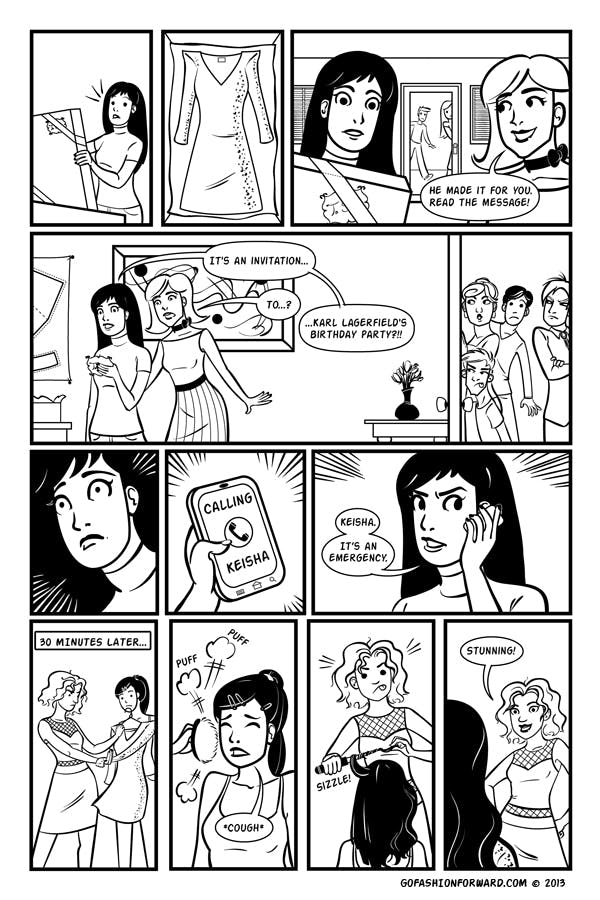 Each of these creators has found different levels of success at using social media to reach readers and meet veteran members of the webcomic community. Shawnee said the Gibbs sisters use Facebook, Twitter, and Tumblr to inform Fashion Forward readers about updates and news. They also ran a popular print giveaway, and they plan to find more ways to directly engage their audience.

Gray and McLaverty have had success mainly using Twitter, both noting the benefit of its immediacy. Gray said this is important because it helps readers become more engaged with the comic by forming a relationship with it and the creator.

When they have been able to connect with fellow creators on social media, they’ve all found it’s true that the community is supportive. Shawnelle has found there is a particular bond among new creators.

“It takes a surprising amount of man-hours to produce webcomics on your own, so it’s super easy to suffer burnout and eventually quit altogether. It’s just great to have a community of people going through the same thing who can support you through the hard times,” she said.

She has also received advice from veterans, and they’ve gone on to share each other’s work. McLaverty has found a private community on Facebook where webcomic creators share advice without plugging their work.

Gray has built friendships and a support networkas a part of the SpiderForest webcomic collective, and he’s also active on the Webcomic Underdog forums.

“On some level I think we all know we’re competing against each other but I rarely see that sour relationships. Creators are very open, free with both advice and encouragement. It isn’t uncommon for us to plug a promising new comic or to point out a worthy Kickstarter from another comic creator. I’m a firm believer that webcomics can help each other,” he said.

All of this effort for a webcomic might make it seem like a full-time job—and it is—but all three of these creators also have other professions. Although success stories like North and Hastings show making a living from webcomics isn’t out of the realm of possibility, it doesn’t come quickly or easily.

The Gibbs sisters accept donations and freelance in post-production to support their comic, though they hope to one day work on it full time. Down the line, they would like to use Kickstarter to try to reach some of the creative goals they can’t afford after only a year on the scene, like printing issues of the comic and putting it in color instead of black and white. 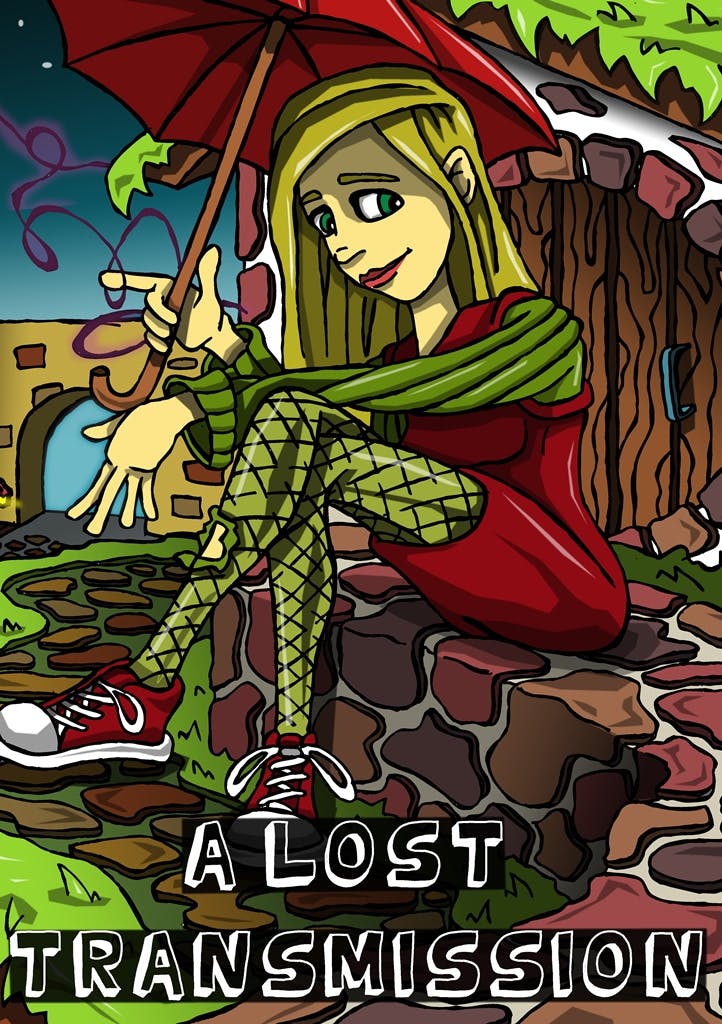 McLaverty would also like to try Kickstarter at some point, but plans to hold off until his comic is just right. With the oldest comic of the three, Gray has paid out of pocket to keep his comic going up to this point, but is planning to start a Kickstarter campaign in January in the hope of raising money to pay for the next chapter. Both Gray and McLaverty have stores linked on their webcomic pages, but make little from online sales.

Despite the challenge of standing out, adjusting to the workload of a regular webcomic, and making a profit from their efforts, all three of these new creators show no signs of stopping any time soon. They may not have achieved self-sufficiency in their first years or months of operation, but the chance to continue with their passion means more than that.

“I’ve loved comics all my life and I was inspired by other webcomics like T Campbell’s Fans! and Dan Shive’s El Goonish Shive,” Gray said. “They were proof that you didn’t need to have a contract with a big company and you didn’t need to be writing superheroes in order to produce an interesting comic.”