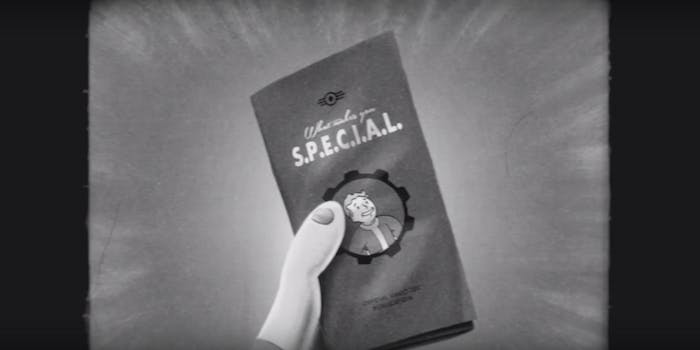 Bugs Bunny has nothing on this cartoon primer for the new Fallout game.

Imagine you are sitting in a movie theater in the 1950s, preparing for a nuclear apocalypse. Welcome to the new Fallout 4 cartoons.

The Fallout 4 S.P.E.C.I.A.L. video series is a set of primers that explain the seven attributes that define a character in any of the Fallout games: Strength, Perception, Endurance, Charisma, Intelligence, Agility, and Luck. Deciding which of these seven attributes to bolster often at the expense of weakening others at the beginning of a game of Fallout are some of the most important decisions you’ll make in the game.

The new video series that describes each of these attributes and why they matter premiered today with a focus on Strength. It’s shot in the 1950s-style that defined the pre-nuclear apocalypse world of Fallout. Be warned: Like the Fallout games themselves it features a little gore, because the Wasteland is not a nice place.

Fallout 4 will be released for PC, PlayStation 4, and Xbox One on Nov. 10.