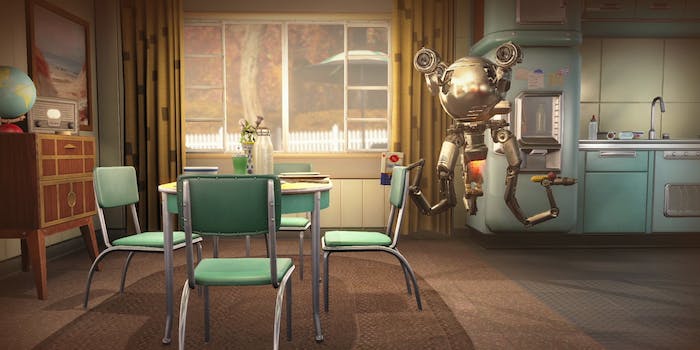 Just in case you have an attack of [insert ailment] coming on.

But Pete Hines, Bethesda’s resident PR and marketing guru, has you covered with a made-to-order sick note.

I figure some of you might need a note from your doctor for your upcoming "sick day(s)" this week. So here you go. pic.twitter.com/iF9btGJl3h

It’s a good thing he prepared you for days of “illness” here, because you’re going to need them. We spent more than 60 hours in the game for our Fallout 4 review, and there’s still plenty to do.

We’ve asked Bethesda and Hines why they chose pancreas problems as the best way to justify multiple days resting at home with Fallout 4. We will update this story should we get an answer.

You can download the sick note here. Fallout 4 is being released for PC, PlayStation 4, and Xbox One. Just hope your employer doesn’t decide to Google your excuse.