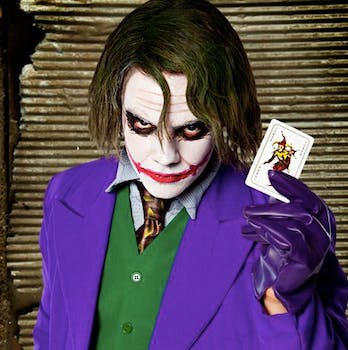 The cosplay community is reporting that Facebook has deleted several costuming accounts with "cosplay" in their names, presumably for violating the site's "real names only" policy.

Cosplay—the art of dressing up and performing as a character—is a harmless hobby enjoyed by thousands around the world. So when dozens of cosplayers awoke Tuesday to find their cosplay-oriented Facebook profile pages purged, they were in shock.

Iggy Tissera, a Washington, DC area cosplayer who lost his cosplay profile, “Iggy Cosplay,” said he received no prior warning from Facebook. Though he is aware that it’s against Facebook’s rules to use an alias, he was upset his account was deleted without warning.

“Essentially, anyone who used the word ‘Cosplay’ in their account name had their profiles disabled,” he told the Daily Dot. “I know of a few people who only used Facebook for costuming and they’ve been completely erased now.”

Tissera said he kept two Facebook profiles in order to keep his professional life and his hobby separate. He has bounced back by creating a fan page for his cosplay, since it’s OK to use an alias in a fan page title. However, it won’t be easy to regain what’s been purged.

“I would estimate about 3,000 friends or so on the costuming account,” he said. “Most were people who liked the characters I cosplayed but a handful of them were other cosplayers I’ve met at conventions, professional photographers, artists, event coordinators. It was an incredibly valuable networking tool that was just stripped away without warning.”

“Other than not using a real name, my account did not violate any other Facebook terms of use,” he said. “Having a account for a costuming alias as opposed to a fan page was much more personable.”

It’s little consolation to Tissera, but this cosplayer is not alone. When geek news site Nerd Caliber announced Facebook’s purge, dozens commented to say their accounts were gone, too. While some said they’d received a warning, others hadn’t.

“I NEVER saw a single warning or else I would’ve done something,” Mel wrote. “But I’m pretty sure people wouldn’t have ignored it if they saw it.”

UPDATE: The media agency representing Facebook has responded via email. A spokesperson let us know that Facebook does not comment on particular accounts or situations, but reminded us that Facebook profiles that have been reported or detected for policy violations, including the use of fake names, may be deleted by Facebook.