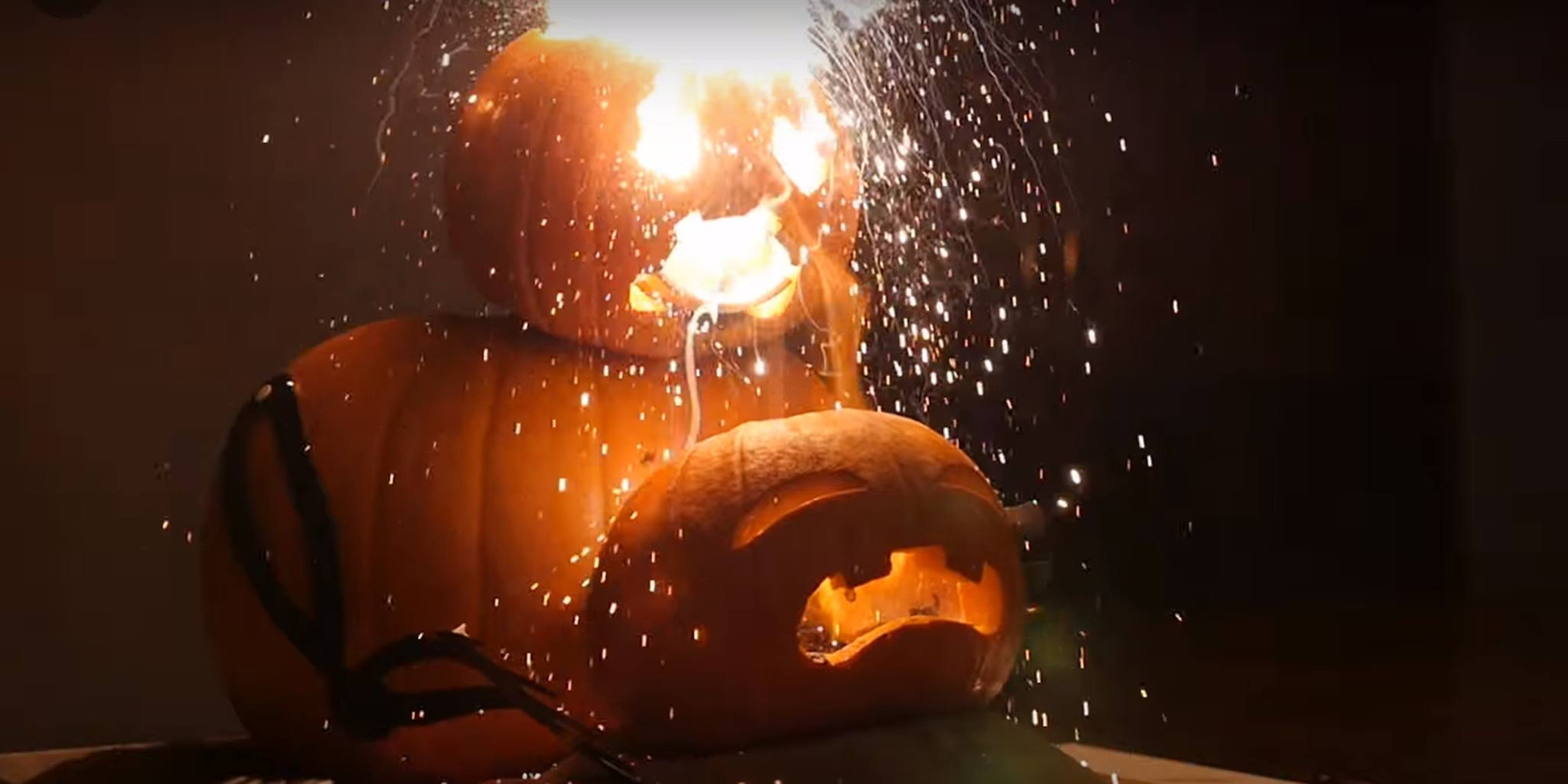 Exploding pumpkins are Halloween science at its finest

This is totally educational, right?

Ah, YouTube science channels. You can always rely on them to find new and interesting ways to blow things up on camera.

To celebrate Halloween, the Royal Institution channel decided to experiment with pumpkins and a thermite reaction, resulting in lots of heat, sparks, and molten iron spewing out of the pumpkin’s mouth.

Sure, this is educational. But the main appeal is watching Halloween pumpkins explode in a shower of sparks.

H/T The Verge | Screengrab via The Royal Institution/YouTbe