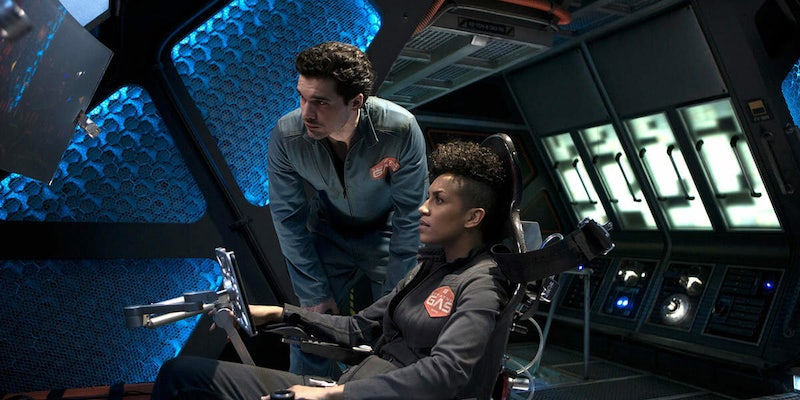 ‘The Expanse’ canceled at Syfy, but may live on elsewhere

After three seasons, The Expanse has been canceled at Syfy. The show’s high production values and complex space opera storylines made it a rarity on TV, filling a niche left by Battlestar Galactica in the 2000s.

Despite overwhelmingly positive reviews, The Expanse suffered from an age-old problem: low broadcast ratings. According to Deadline, this was partly due to Syfy’s airing agreement, which only gave them the rights to its first-run screening on TV. This put too much weight on live viewing rather than online streaming.

The show airs on Netflix overseas, but only about six months after its initial U.S. airing on Syfy. That likely means that Netflix loses some of its audience to piracy, unlike shows like Star Trek: Discovery and Riverdale, which appear on Netflix within 24 hours of their U.S. TV airdate.

That Netflix connection may be significant, because The Expanse is already looking for a new home. Its production company, Alcon Entertainment, shared a statement saying they were hopeful about the show continuing elsewhere. “Given the commercial and critical success of the show, we fully plan to pursue other opportunities for this terrific and original IP.”

So, now’s the time for The Expanse fans to start pestering Netflix and Hulu to save their show.