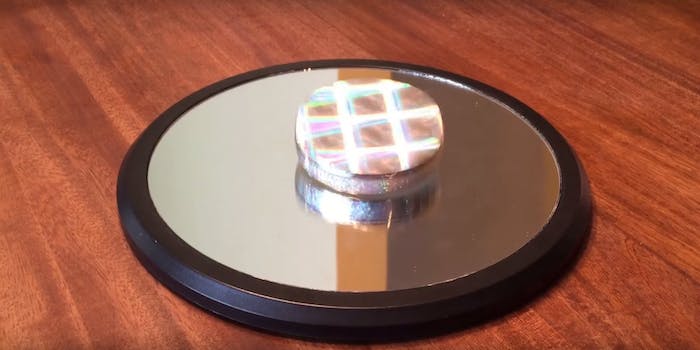 Prepared to be hypnotized by this simple science toy.

We’re going to be straight with you here: This video may be a secret plot to hypnotize you.

This footage of an Euler’s Disk is nominally educational, but the main takeaway is how relaxing it is to watch and listen to a shiny disk spin on a mirror.

Euler’s Disks are designed to illustrate the way disks spin faster and faster as they lose momentum and drop closer to the surface on which they are spinning. But you can tell from this disk’s sparkly packaging that the manufacturers mostly just think it looks cool.

Screengrab via Toys and Novelties/YouTube