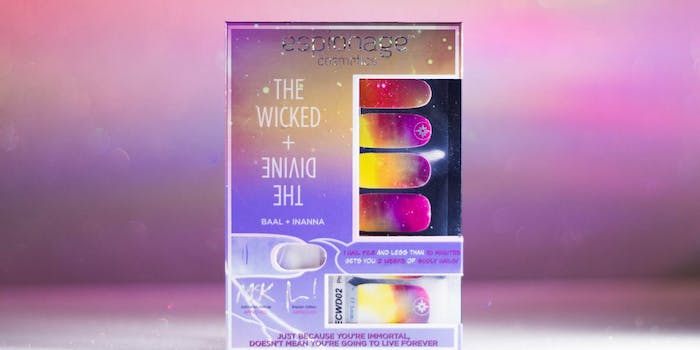 Grace your nails with these two deities from the hit Image Comics series.

The latest set of nail wraps released by Espionage Cosmetics highlights two more deities from the Pantheon of gods featured in Image Comics‘ The Wicked + The Divine.

The limited-edition “Baal & Inanna” nail wraps are the second of five sets inspired by the comic book series by writer Kieron Gillen and artist Jamie McKelvie. Similar to the first set revealed in January for the characters Laura and Luci, this set features the recognizable iconography and colors of their respective deities, glow-in-the-dark overlays, and uses Espionage’s new gold and silver foil stamping element. 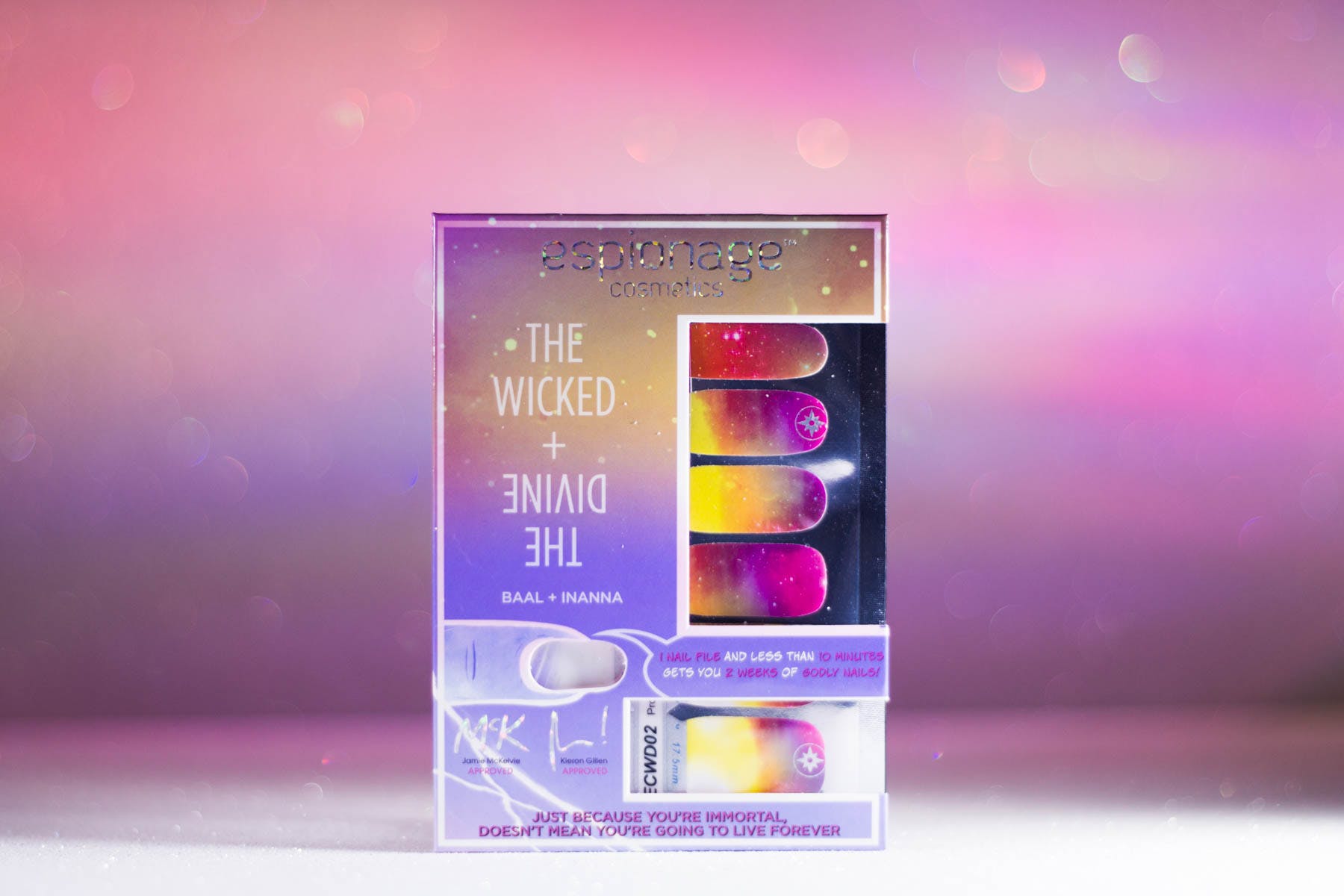 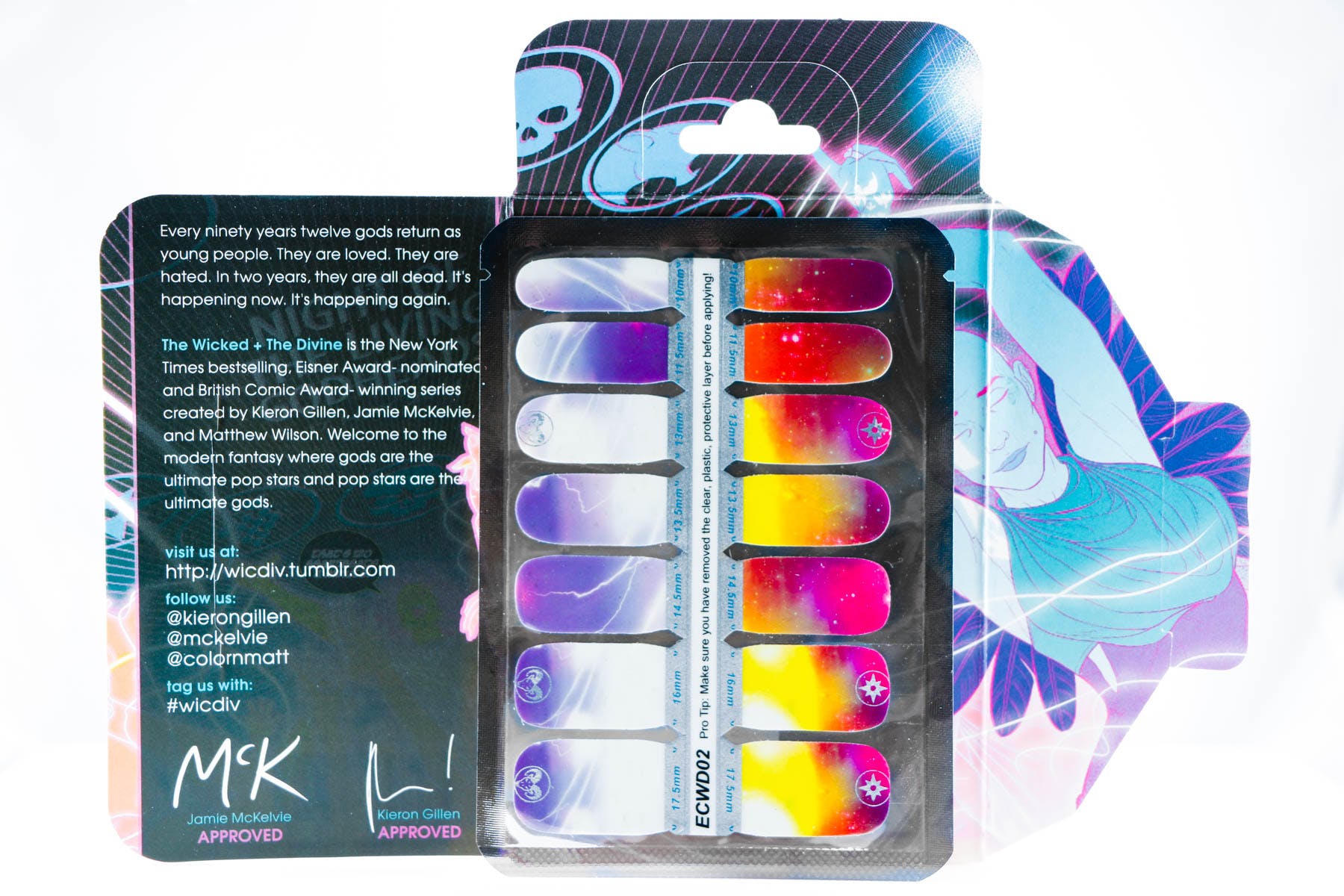 When the collaboration was first announced, Gillen said in a statement that after seeing the company’s work with Matt Fraction and Kelly Sue Deconnick‘s comics Bitch Planet and Sex Criminals, “we couldn’t help but be intrigued [by] what they’d do with The Wicked + The Divine.“ According to Gillen, the fourth arc of the series which starts in April is “frenzied. Much material for cosmetics, we think.”

The rest of the nail wraps will be released over the next 14 months and eventually Espionage will release a makeup line as well. Espionage Cosmetics CEO Jaimie Cordero told the Daily Dot in an email interview in January that the company is looking to release that line by 2017.

You can preorder the “Baal & Inanna” nail wraps on Espionage Cosmetics’ website now at a special introductory price. They are expected to ship April 4.