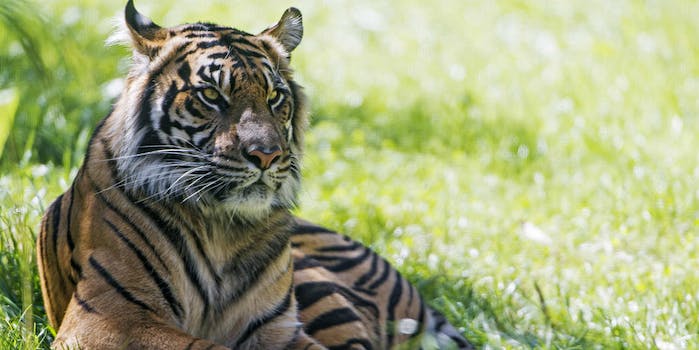 Photo via Tambako the Tiger/Flickr

Publishing information about the specific locations of endangered species helps scientists, but it’s also putting those same animals at risk. A team of researchers, writing in the journal Science, is sounding the alarm bell.

In the past, it was really only scientists who read scientific journals. They were physical copies, sent to a researcher’s mailbox or the library of an academic institution. So there wasn’t much risk to publishing the exact places where rare species lived—it helped others in the field learn more about these ephemeral creatures.

Today, the stakes are different. Journal articles new and old are published online, and the rise in open access journals make more information available to the public. In some fields of science, sharing data is considered a good thing. But in the study of endangered species, it sometimes does more harm than good.

Publicizing where rare species live has led to more poaching (in one case endangering the continued existence of 20 reptile species in Asia). It’s damaged relationships between scientists and landowners whose cooperation is necessary to conserve species—after articles have been published, landowners have been inundated with trespassers looking to catch glimpses of rare animals. And disclosing exact locations of delicate ecosystems has at times even sped up their demise.

“The digital age has brought a desire among many nature enthusiasts to observe, photograph, and sometimes remove animals and plants. Animal behavior and habitats are often heavily disturbed in the process,” the study authors write. And while these risks aren’t new, they are “greatly exacerbated” by the reality of scientific publishing today, the study authors note.

In the essay, published Thursday, ecologists from the Australian National University suggest that researchers carefully consider the risks of publishing specific location information, especially for very rare and economically valuable species. Sure, it might decrease the input from citizen scientists and decrease the ease with which other scientists can use the information in their own work, they argue, but it’s worth it to prevent these species from being further damaged.

Researchers in fields such as paleontology and archaeology have long limited the information they share about their research sites to protect them. Still other fields, such as biotech, have had to change publishing norms as studies have become easier to access and they realized their research could lead to the development of weapons.

Some policies are already in place for conservation, though these tend to be restricted to individual journals. But the onus needs to be on researchers and journal editors, the researchers write, since they are who initially control the information. “Otherwise, the potential benefits of open-access scientific information and data for biodiversity conservation will be outweighed by the perverse effects of exposing wild populations to substantial added conservation threats,” they write.