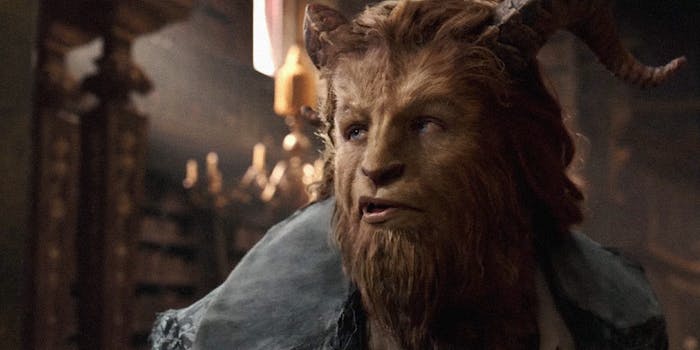 See how ridiculous Emma Watson looked filming next to ‘Beast’

It sure is something.

In order to bring the Beast to life in Disney’s live-action Beauty and the Beast, Dan Stevens had to don a motion capture suit and stilts while filming, but it’s only now that we’re seeing just what that entailed.

As Stevens and director Bill Condon explained the process of bringing the Beast to life in a behind-the-scenes video, we’re treated to footage of Stevens filming in his motion capture suit and dancing alongside Emma Watson. It’s as strange as you’d imagine.

The process is something to behold as well. On top of filming in the suit and stilts, Stevens later had to recreate those scenes in a rig so it could capture every inch of muscle movement in his face. And although the CGI didn’t always land it’s still quite impressive