‘X-Men’ fans give Emma Frost the costume makeover she deserves

The debate over female superhero costumes is not a new one. Regularly drawn wearing spike heels and catsuits with cleavage windows, there are too many female superheroes whose outfits look wildly impractical in the name of sex appeal.

While costume updates for heroes like Captain Marvel have been well-received, Emma Frost’s skimpy outfits have remained virtually unchanged for decades. First introduced as the bustier-clad White Queen of the Hellfire Club in 1980s Uncanny X-Men, her costumes have evolved into a series of gravity-defying Victoria’s Secret ads. 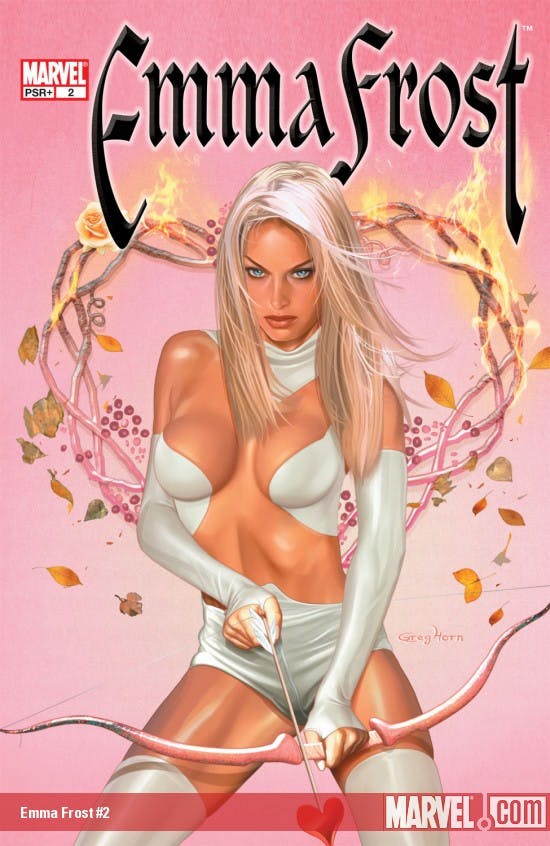 The usual explanation for Frost’s wardrobe is that she’s a confidently sexual person who enjoys wearing outlandish styles. But as Juliet Kahn pointed out in Comics Alliance last month, these costume choices rarely make any sense.

Frost is meant to be a rich fashionista, but in many comics she wears the same ensemble in every scene, whether she’s fighting her enemies, mentoring young mutants, or visiting someone’s grave. It isn’t even as if she’s wearing a team uniform, because she remains staunchly loyal to her all-white underwear outfits even after she joins the X-Men.

Inspired by Kahn’s article, artist and X-Men fan Terry Blas decided to get proactive about updating Frost’s wardrobe. He set up the Emma Frost Redesign Project on Tumblr, and invited people to submit new outfit ideas for the character. 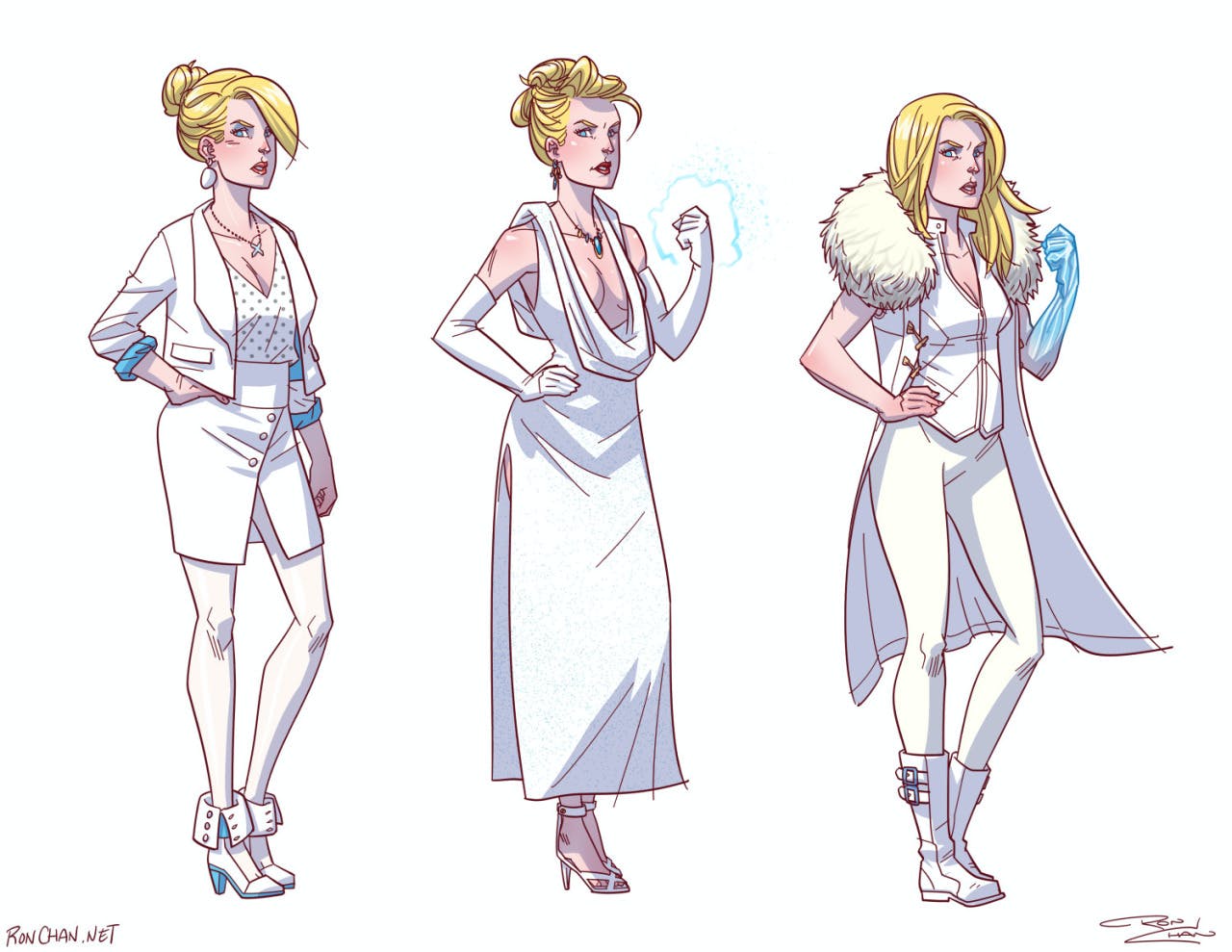 In an email to the Daily Dot, Blas wrote, “When I read X-Men I’m told that Emma Frost is several things: Powerful, strong, smart, a teacher/headmistress, superpowered, and fashionable—and for me, her look does not match that.””One of the problems seems to be that Emma has been mostly drawn by men who not only don’t know anything about fashion, but don’t bother to research it either. They default to ‘cheap plastic corset’ but most of the fashionable women I know would rather die than wear something like that.”

Looking at some of the physically implausible outfits worn by Emma Frost over the years, this is abundantly clear. The redesign project offers a wider range of clothes that could be worn everyday but still gel with Frost’s enthusiasm for fashion. 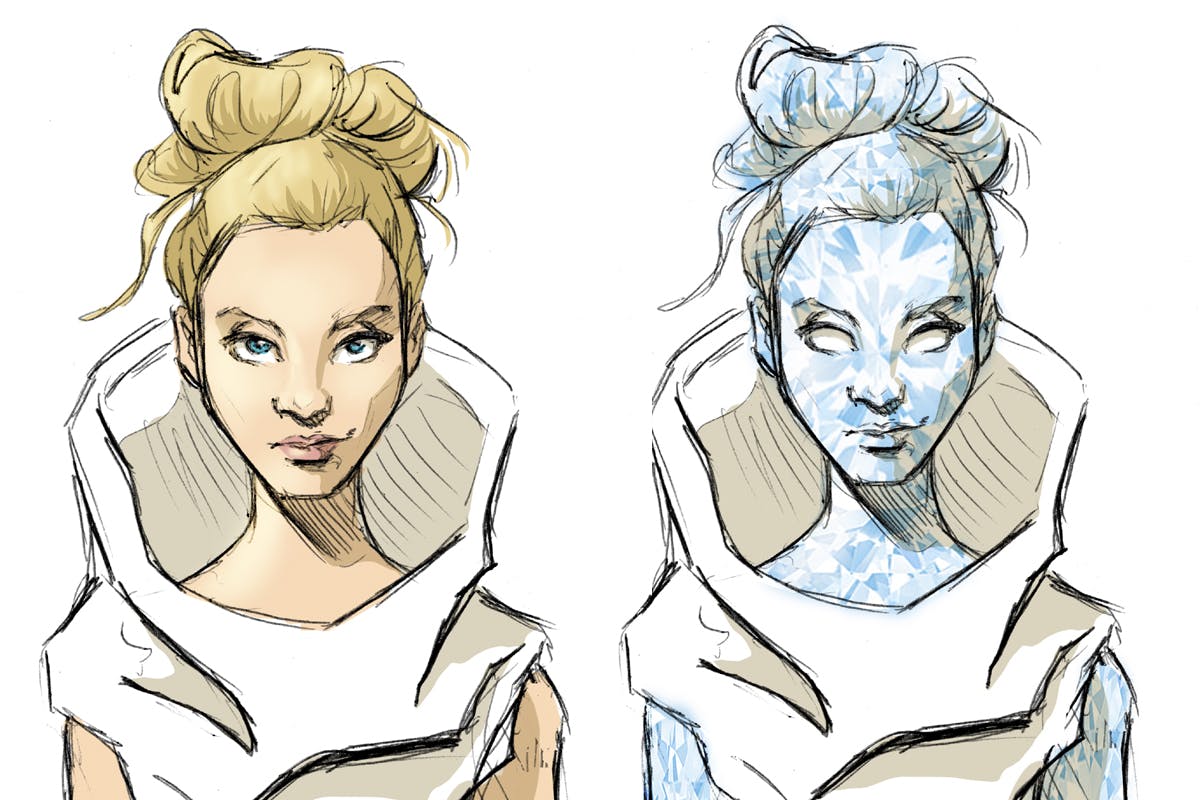 For canonical outfits that managed to align with Emma Frost’s aesthetic without descending into NSFW nonsense, Blas recommended her Earth-41001 costume and and 1990s Generation X. There’s also Jamie McKelvie’s wonderful Elizabethan-inspired redesign, which unfortunately was only ever a one-off. 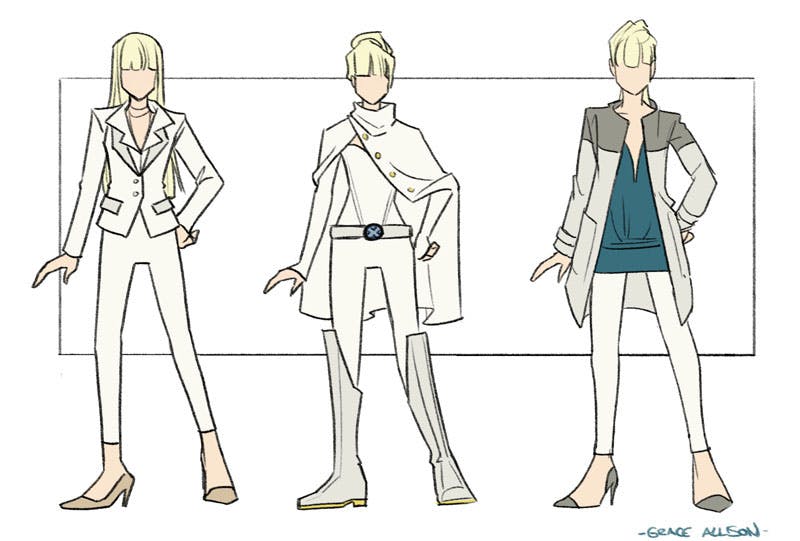 Frost’s unchanging appearance may partly be due to superhero comics’ love of uniforms and familiar costumes, although Blas also attributes it to fandom’s resistance to changes in canon. “I think that a lot of people resist change and don’t want to see her looking any different.” Whereas “Fashion is all about change and trend.”

Drastic redesigns are a big deal in the superhero fan community, but if there’s one character who shouldn’t even have a regular uniform-style costume, it’s Emma Frost.