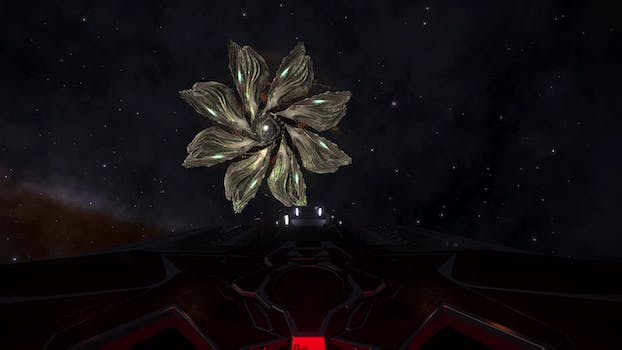 After many hints and clues, first contact has been made.

Elite Dangerous is a unique kind of game, based around exploration and trading in the far reaches of space. Available on PC and Xbox One, the space simulation has captured the imagination of thousands of players thanks to the many mysteries hidden in its star systems. However, this week, players encountered the first sign of alien life in the galaxy since the game released over two years ago.

Thargoids were teased in early versions of the game. Explorers encountered strange objects in space and structures on isolated planets that hinted at where the massive creatures could be found. It wasn’t until DPSayre captured footage of his encounter on  Xbox One that any confirmation of the aliens existed.

Other players have since found the Thargoids deep in space and shared their experiences online. Players are pulled out of hyper space while traveling, and an intimidating UFO emerges, scans their ship, and takes off. The developers have confirmed the presence of these creatures, but haven’t offered any additional explanation.

A report just coming through that a CMDR has experienced something… strange. https://t.co/NJVhHWe4eB

Players are now racing to figure out the mystery of these terrifying behemoths, but the work on the developer’s part to keep such an exciting secret hidden in their game for more than two years is remarkable.