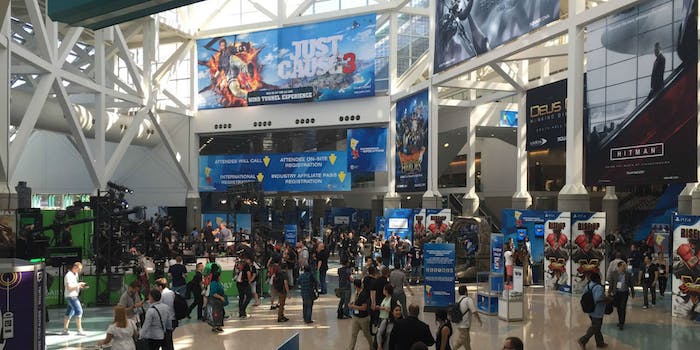 Better to make peace with the Electronic Entertainment Expo.

This year’s E3 is the first I’ve attended where thousands of regular gaming fans—not just the usual bloggers, journalists, and sales reps—were allowed on the show floor.

It doesn’t seem to have made any difference in terms of the average person I see walking around the show. E3 first and foremost is a circus. Adding a few thousand more revelers changes nothing. If you attend the Game Developers Conference in March you’re surrounded by developers, critics, and academics who are interested in the art and business of video games. E3 is a consumer frenzy where all you need to gain entrance is a blog—and you don’t even need that anymore.

I have noticed that the crowds feel light compared to other Expos I’ve attended in the last five years, even with all the fan invites that were handed out. I don’t know if I’m witnessing a sign that the Expo actually is becoming less relevant than it’s been in the past. Maybe more gamers have realized they can just watch new game trailers on YouTube, rather than attending E3 to see the exact same footage in a presentation theater.

Maybe the prospective lineup wasn’t exciting enough to draw more people in. E3 2015 is certainly less exciting, in terms of technologies being presented, than in years past. Microsoft’s HoloLens demos of Minecraft and a Halo 5 mission briefing represent the most interesting tech at the Expo. Oculus is at the show, but even with new consumer hardware the virtual reality system has become old hat. No new platforms have been announced.

The most exciting reveals at Sony’s press conference were a game dragged out of development hell and another game that used Kickstarter as a gimmick. Electronic Arts and Ubisoft held lukewarm pressers. Microsoft got itself back on the rails by dropping pretensions of the Xbox One being anything other than a video game platform, or to put it another way, by doing precisely what gamers wanted it to do from the get-go.

Everything about E3 2015 feels like more of the same, but it doesn’t bother me. The Expo fulfills a necessary role in the function of the traditional, consumer video game industry, one that is still enjoyed by far too many people to be deemed irrelevant. 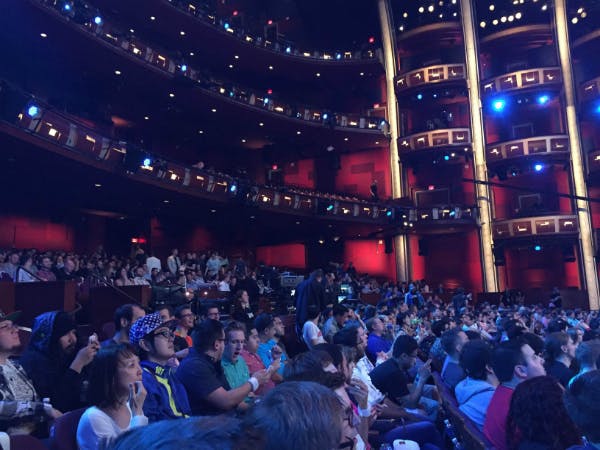 To critics of E3, the Expo is a boil that should be lanced, a distraction from more creative indie games and a reinforcement of the self-importance of the triple-A video game industry. Feminist Frequency critic Anita Sarkeesian lamented gamers’ excitement at Bethesda’s E3 press showcase as they cheered for a trailer for the new Doom, because the audience was cheering on the violence and gore of demons being blasted with shotguns and ripped apart with chainsaws. She wasn’t alone.

My takeaway from Sony’s E3 presentation: you don’t need to show crazy amounts of violence, blood and gore to get players excited.

I don't decry ultra violence in games because it's "offensive". I decry it because it's boring, overdone, and we can do more. #E3

What galls progressives in the gaming industry about E3 is that it rarely recognizes their causes. Microsoft had several women presenters at its press conference on Monday, which admittedly might have been a reaction to criticism of the lack of women who appeared on stage at last year’s Microsoft’s Xbox E3 briefing.

Aisha Tyler and Angela Bassett briefly shared the stage at Ubisoft’s press conference. I would guess that was more a happy confluence due to Bassett being cast in a starring role in Rainbow Six: Siege, rather than a deliberate step taken to address criticisms of the lack of racial diversity in the video game industry, but it was still a good thing to see at E3 that hopefully will someday cease to be noteworthy because it will no longer be a novelty.

Within the walls of E3 itself, it’s business as usual. The women I’ve seen in publisher’s booths on the show floor as I’ve attended my appointments have all worked in public relations. Every developer I’ve interviewed has been white and male. There are women fans in the crowd, but they still stick out like dots in a sea of men, and the executives attending the expo are likely blind to the cultural arguments in the video game world, as those arguments have little to do with the bottom line.

That is the continuing lesson for progressives represented by E3: Catering to the historical audience for core and PC gaming is still profitable and therefore unlikely to change. I think everyone knows this, but E3 so overwhelms the video game world for the week the Expo is held that it serves as a powerful reminder.

Critics can lambast The Witcher III: Wild Hunt for its lack of racial or gender diversity, but the game sold like gangbusters. Ubisoft’s press conference was dominated by Tom Clancy shooter games. Electronic Arts made its biggest waves with Star Wars Battlefront, the biggest lines at the 2K Games booth have been for Battleborn. Video games with guns and explosions are as popular as ever, and E3 is about showing off the games that are meant to make big bucks. 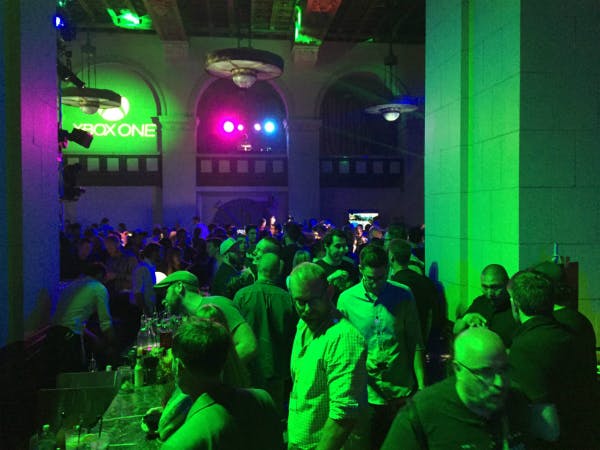 Thinking about E3 as a professional event is a joke, and has been for a while. Inviting 5,000 regular Joes to attend the Expo underlines the point. E3 2015 feels to me more like a fan event than any other Expo I’ve covered since 2010.

The Penny Arcade Expo was originally conceived as “the people’s E3,” and the show floor at PAX sometimes hosts the same booths and showcases that you’ll see at the E3. Now it’s as though E3 has taken a lesson from this, and is becoming more of an event for the people, itself.

Having dispensed with the idea of E3 being a professional event, what’s left is the understanding that E3 is a celebration of the triple-A industry and blanket condemnations of the Expo are getting tired. Boredom with E3 has itself become boring. 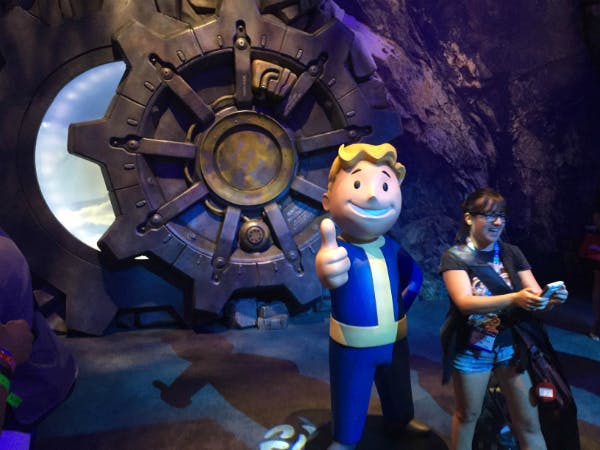 It’s easy for me to rest comfortably within the confines of the industry represented by the Expo, because it was designed to cater specifically to people like me. I’ve already pre-ordered my Pip-Boy Edition of Fallout 4, and I’m seriously considering a purchase of the collector’s edition of the new Destiny expansion, The Taken King. Both of those decisions have been influenced by E3 2015, and I’m fine with that.

E3 is a party to which not everyone is invited, but that doesn’t make it not a good party. What needs to change is that more people need to be invited, but I don’t think the party itself needs to go anywhere. What’s necessary, at this stage in the development of the video game industry, is to remind ourselves that E3 is not the entirety of what ought to excite us about video games.

Yes, it takes more effort to discover the latest game from a small developer than to be aware of the blockbusters of E3, but there are more organized communities around indie games than ever. Websites like Paste and Offworld give indies their due. Indie developers Zoe Quinn and Rami Ismail proselytize for indie games, and are reaching wide audiences.

The video game industry is no longer a zero sum game, and there are just as many exciting things taking place at the behest of small studios with tiny budgets as what we see at E3. There’s room to appreciate both.