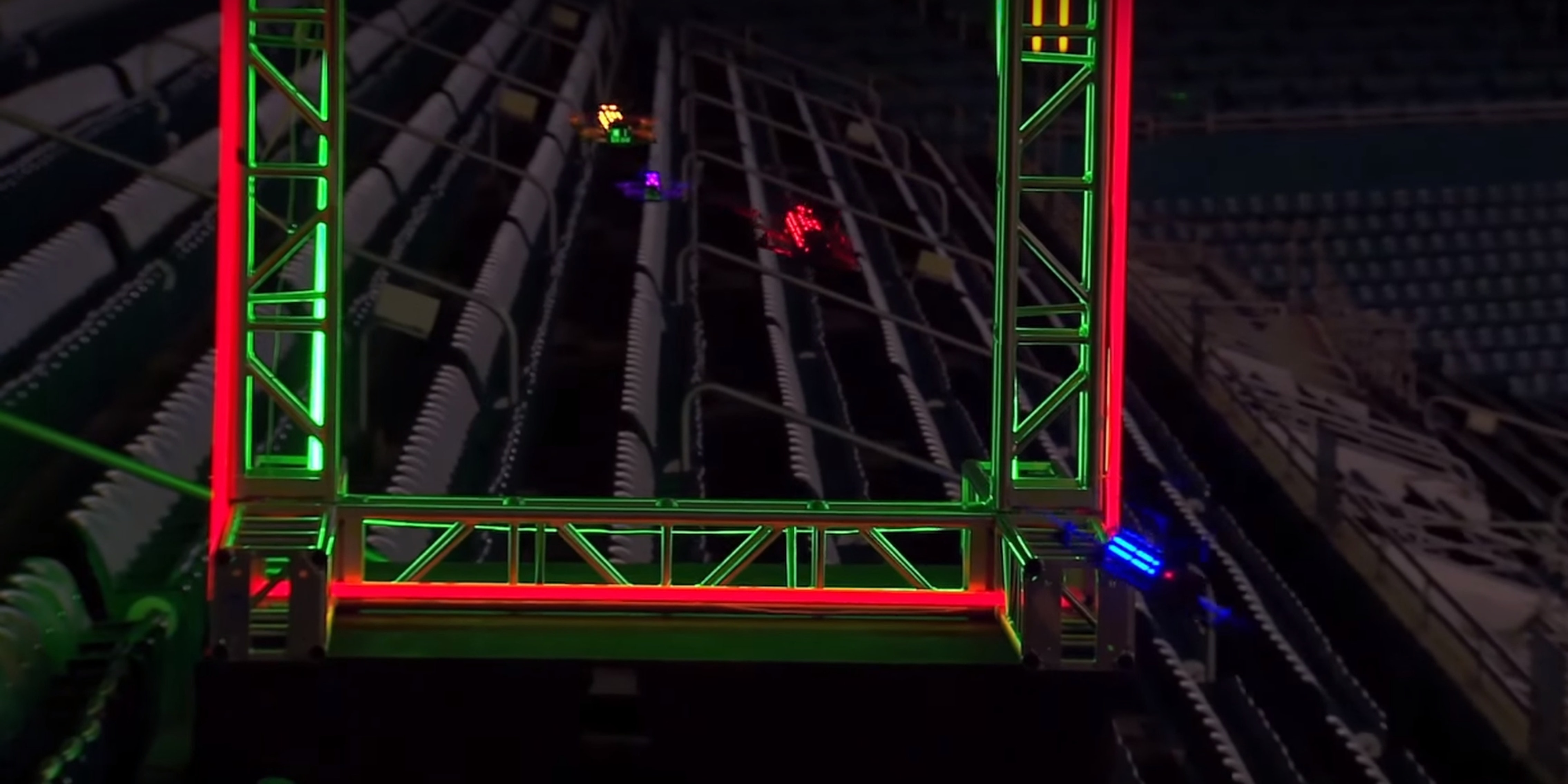 Just look out for the motion sickness.

We may not have podracing, but this could be the next best thing.

Quartz has provided an in-depth look at the Drone Racing League, which announced its inaugural racing season on Tuesday. The league still has a few key issues to tackle, including how to give pilots the best video feed from their drones, what the league regulations will look like, and whether there’s a potential fanbase for drone racing out there. But once upon a time no one thought esports were going to amount to anything, because the idea sounded too weird. Now they’re a multi-million dollar industry.

DRL’s announcement came with a new promotional video on YouTube. The video gives you a look at the goggle rigs drone pilots wear to fly the drones, how DRL converts sports arenas into tracks by adding gates and neon lights to mark the track, and how frankly awesome it looks when a drone wipes out and gets obliterated.

Quartz reports that the owner of the Miami Dolphins and the Creative Artists Agency are among the DRL’s financial backers, and that the league has raised more than $8 million in funding thus far.

Carlos Puertolas, a professional drone racer pilot, runs a YouTube channel that features race footage and drone stunt videos. His first-person race footage, captured from a camera mounted on the drone, gives you an idea as to what the pilots see during the race.

Be warned, though: Anyone who is sensitive to motion sickness should be wary about watching this. Perhaps that’s the biggest hurdle for DRL and other drone racing organization like the Aerial Sports League, because no one’s going to watch a sport that makes you nauseous.