We're ready to jump on the ribs-for-Lego currency exchange.

A master Lego builder used one of his loves to fuel another—right to his stomach.

Drew Finkel had tackled a detailed Lego rendition of Darrel K. Royal-Texas Memorial Stadium when he caught the eye of Iron Works BBQ, based in Austin, Texas. A fan of the restaurant who now lives in Chicago, Finkel was impressed that it had noticed his work, which is when an even bigger proposition started.

@drewziIIa @imgur really impressive Drew! How many beef ribs would it take to get you to make us a lego Iron Works? :)

The deal was soon set: If Iron Works covered the cost of Legos, he’d build a Lego version of the restaurant and get paid in ribs.

After plenty of time spent designing, searching for the right pieces, and building, Finkel finally completed the project and shared it with r/lego and r/austin, finding fans in both subreddits.

Finkel made the model that would ultimately serve as the building prints in Lego Digital Designer and documented the process in an Imgur album. Afterwards, he flew down to Austin to personally deliver it to the owners. They loved it, for sure, but Finkel managed to impress an even tougher critic. 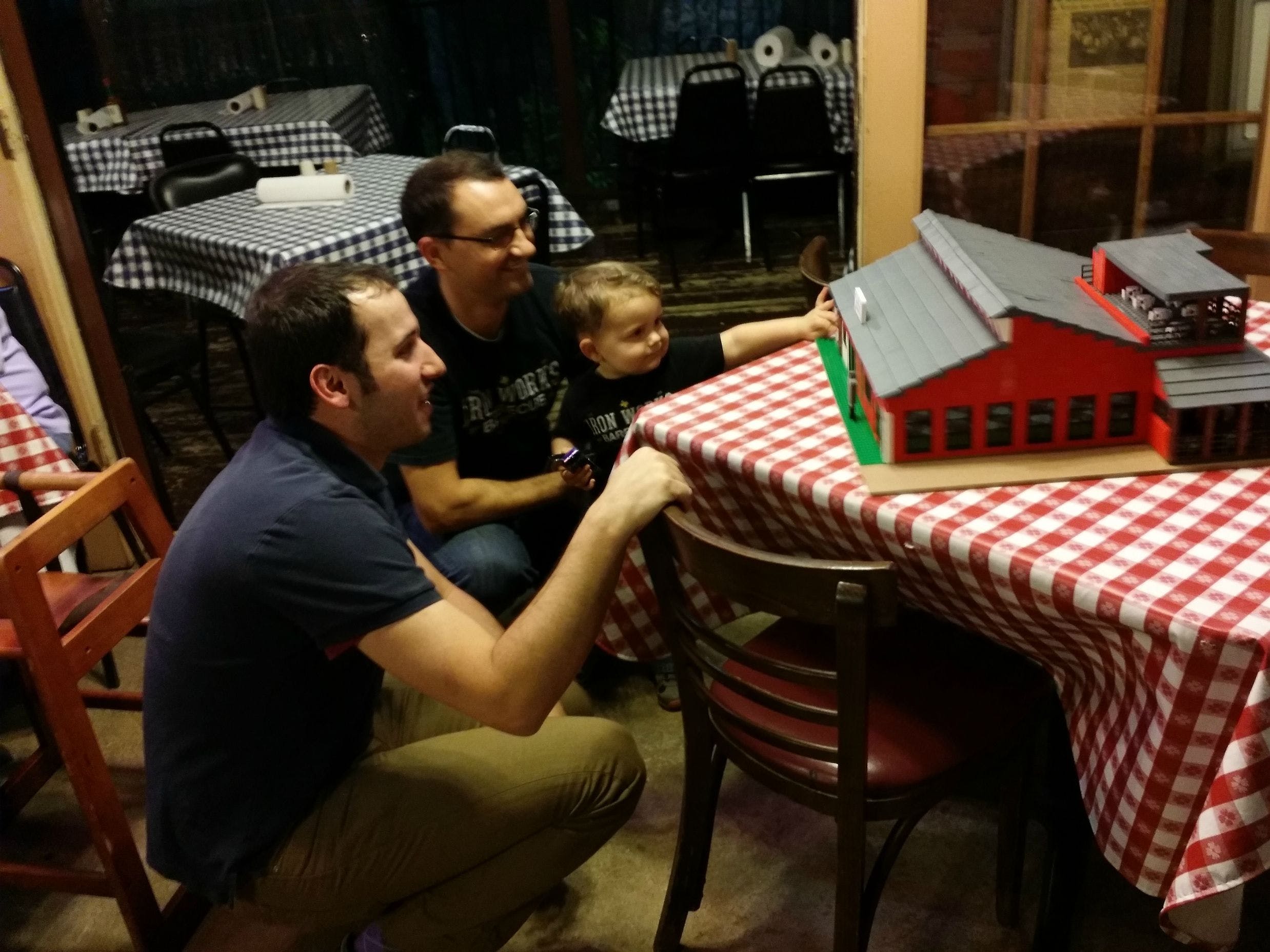 And sure enough, Finkel got his sweet, sweet reward. 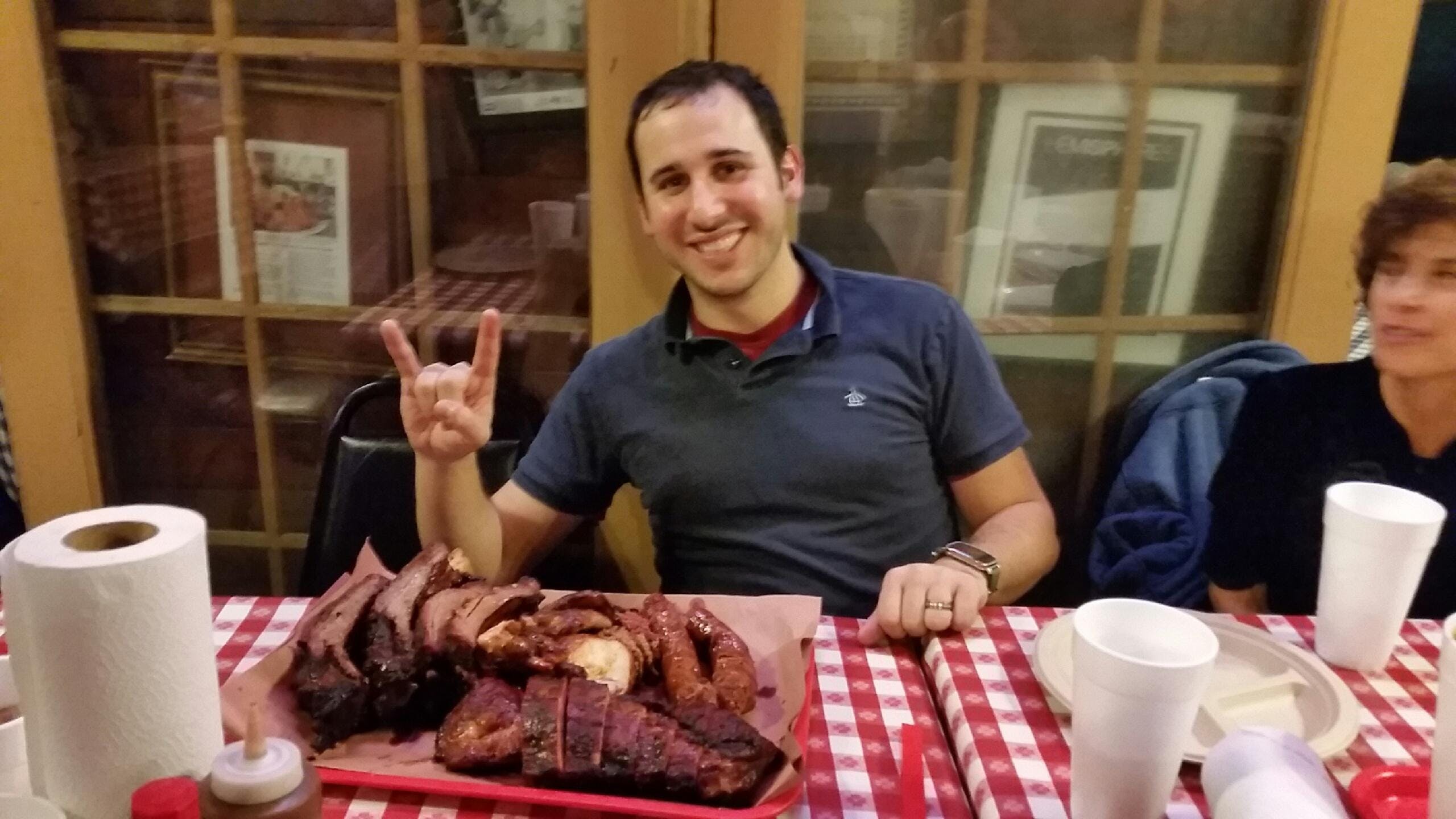 The Lego Iron Works BBQ building is currently on display at the restaurant, and although there doesn’t seem to be Lego ribs in there, something tells me you’d probably be better off with the real thing.