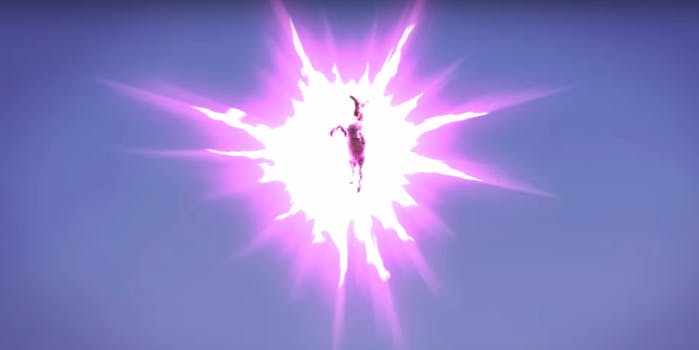 If you’re a Dragon Ball Z fan, you might have noticed there’s been no shortage of remixes, mashups, and parodies of the popular anime series. But the latest takes the prize for the one we never saw coming—or should we say it pulled the wool over our eyes?

Prepare yourself for Dragon Ball Sheep.

The scene, as filmed by YouTube fan Hoolopee, parodies the famous first fight in Dragon Ball Z between Goku and Vegeta. Though they eventually become friends who fight on the same side, in their first fight Vegeta—that’s the purple sheep above—nearly destroys the world. Oops.