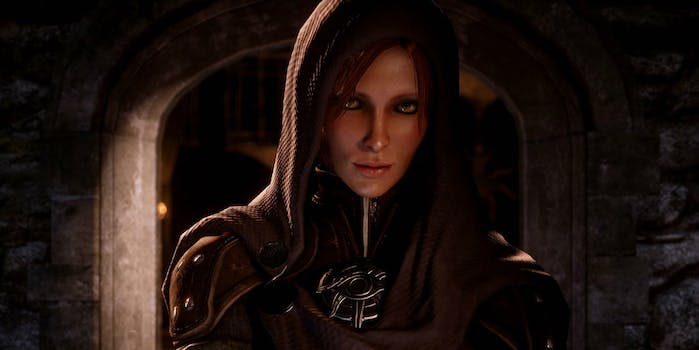 The character customization tool in Dragon Age: Inquisition is amazing

Every detail can be exactly how you want it.

If you feel like dedicating a few hours to pore over every strand of hair and shade of eye color on your Dragon Age: Inquisition character, BioWare has you covered.

BioWare’s role-playing games are about choices. Giving players the ability to shape stories and characters has defined BioWare games like Baldur’s Gate, Knights of the Old Republic, and the entire Mass Effect series.

The Dragon Age franchise may be BioWare’s crowning achievement in empowering players  to craft unique gaming experiences. Dragon Age: Origins offered a slew of potential origin stories for the game’s protagonist, which made the beginning of the game worth repeating several times over.

Both Origins and its sequel, Dragon Age 2, are highly regarded as demonstrations of how diversity in video games ought to work, particularly when it comes to varied depictions of sexuality and gender.

The story for Dragon Age: Inquisition and the characters that populate it are being kept fairly under wraps, but BioWare is giving the audience an early look at how deeply players can shape the lead character. You can also get a peek at the weapons and equipment that character will use.

The importance of character customization in BioWare games cannot be overstated, especially in a game like Dragon Age: Inquisition, where the player could spend up to 200 hours as that character.

BioWare nearly had a riot on its hands when it opened up audience voting on what the official “FemShep” should look like. FemShep players were fiercely attached to their own conceptions of the character.

With a character customization tool as deep as what’s offered by Dragon Age: Inquisition, BioWare entices players to invest themselves in their protagonists even before the story begins.

Dragon Age: Inquisition will be released for the PC, PlayStation 3 and PlayStation 4, and Xbox 360 and Xbox One, on Nov. 16.