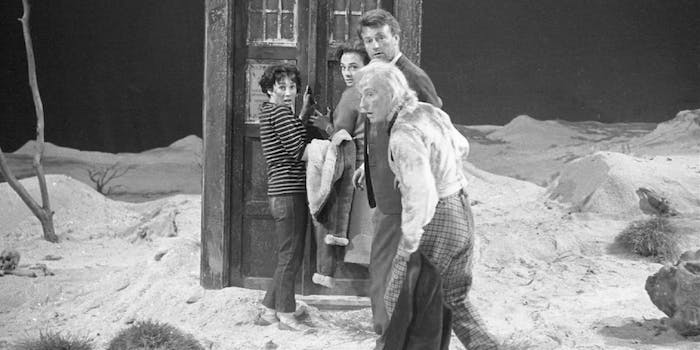 A classic ‘Doctor Who’ marathon is coming to Twitch

Don't be TARDIS to the party.

Doctor Who is traveling into the future and landing on Twitch.

The livestreaming platform will broadcast 500 classic episodes of the BBC series starting May 29. The partnership between Twitch and BBC Studios marks the first digital broadcast of the series, and the seven-week marathon will feature Doctors from the show’s first incarnation in 1963 up to 1989’s Survival. Fans will also be able to live chat during the streams, and those who subscribe to the TwitchPresents channel will have access to 14 exclusive Doctor Who emotes.

Twitch has previously done marathons for Bob Ross’ The Joy of Painting and Power Rangers. The Doctor Who marathon ends July 23.