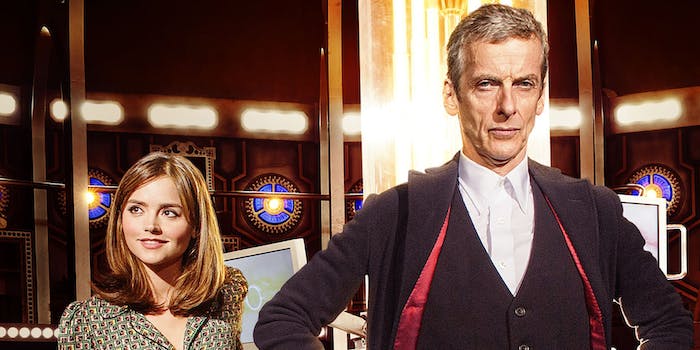 Here’s a look at the new ‘Doctor Who’ trailer

The long wait for a new season of Doctor Who is an agonizing ordeal, and we’re honestly not sure if a new trailer makes it easier or harder to bear.

On the one hand, even this 19-second clip of Peter Capaldi as the Twelfth Doctor looks ridiculously exciting. On the other hand, we still have to wait until August 23 before the new season actually airs.

“Am I a good man?” asks the Doctor. An ominous hint of things to come, since the Doctor’s personality changes with every new regeneration. The eighth season will begin with a “feature-length” episode called “Deep Breath,” with Jenna Coleman returning as the Doctor’s assistant, Clara. This season also introduces a new companion named Danny Pink (Samuel Anderson), one of Clara’s coworkers at Coal Hill School, which has been a part of Doctor Who canon since the very first episode back in 1963.

This trailer doesn’t tell us much about the new season, but we’re likely to learn more over the next month or so. The introduction of a new Doctor is a pretty big deal, and Peter Capaldi and Jenna Coleman will be embarking on a world tour in the two weeks before the the first new episode airs. By August 23, we’ll probably be sick of Doctor Who-related publicity, but for now the new season feels tantalizingly far away.