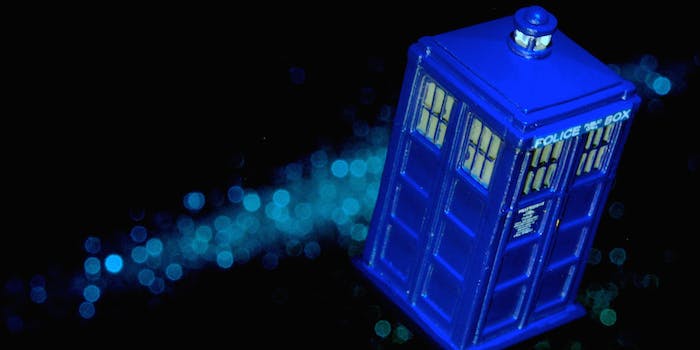 The 10 best episodes of ‘Doctor Who’ on Netflix

Get your Doctor Who fix by streaming these episodes.

Last month, Whovians and other BBC fans held their breaths as the network narrowly eked out a renewed streaming deal that saved us from the horror of a BBC-less Netflix. The close-call is enough to make us eagerly want to binge-watch all those classic BBC shows just in case they ever do suddenly disappear.

At the top of that list is sci-fi classic Doctor Who. Between the original series and seasons 1 through 7 of the current revived series, fans have plenty of episodes to choose from. With no expiration date looming, it’s easy to relax, take your time, and watch every episode.

But if you’re not sure where to start or just want to hit the highlights, we’ve got a list of the best episodes you just can’t miss.

Get a glimpse of what William Hartnell’s First Doctor was like in this four-part episode. Here the Doctor and his current companions—his granddaughter Susan Foreman and her teachers Ian Chesterton and Barbara Wright—end up in the time of the Aztecs. The Aztecs believe Barbara to be the reincarnation of the goddess Yetaxa. This leads to a huge moral decision on her part and a classic speech from the Doctor about why the time travelers can’t change history.

The first to feature the Third Doctor (Jon Pertwee), this four-part episode kicks off an interesting series arc involving the Doctor agreeing to work for the military alien defense organization UNIT after the Time Lords on his home planet of Gallifrey exile him to Earth. This storyline also introduces us to a new villain, the Nestene Consciousness and its Autons, and new companion Liz Shaw.

With UNIT under attack, the Third Doctor sends an S.O.S. to the Time Lords and soon receives a little help from his previous two incarnations. This is a great four-part episode in honor of the show’s 10th anniversary where we see former Doctors working together for the very first time. Unfortunately, Hartnell’s health prevented him from doing much acting, but he does appear in the episode. Patrick Troughton as the Second Doctor joins Pertwee’s Third to help.

The Doctor and his Time Lord companion Romana vacation in Paris during this episode, but of course the Doctor can’t stay out of trouble for long and they soon discover a time distortion. This episode was co-written by legendary sci-fi author Douglas Adams, who also wrote two other Doctor Who episodes, neither of which, sadly, are available in the Netflix collection. It’s worth a watch not only to see how Baker—who remains the role’s longest-running actor—plays the Doctor, but also to see Monty Python‘s John Cleese make an appearance!

This episode was voted the all-time best episode by fans in a poll run by Doctor Who magazine in 2009. It’s one of the most powerful, emotional regeneration stories in the series, which is probably why it’s stuck with fans all these years. Here, the Fifth Doctor (Peter Davison) regenerates into Colin Baker’s Sixth Doctor, who memorably ends the show by proclaiming “Change, my dear! And it seems not a moment too soon!”

After being absent from our TV screens for way too long, this was the very first episode of the revived Doctor Who series. Christopher Eccleston as the Ninth Doctor does an excellent job of introducing new audiences to the Time Lord and his TARDIS as he meets companion Rose Tyler (Billie Piper) and faces off against his old enemies, the Nestene Consciousness and its Autons. It’s a must-watch to see how the show returned in top form to win over audiences around the world.

In this two-part episode, the Doctor and Rose are in London during the Blitz and discover a child in a gas mask who is spreading a plague and only ever asks the question “Are you my mummy?” The show makes that phrase utterly terrifying! It also introduces us to recurring character Captain Jack Harkness (John Barrowman) and was the first episode written by the current showrunner of the series, Steven Moffat.

This episode was voted the top Doctor Who episode of all-time in a 2013 BBCAmerica.com poll taken for the show’s 50th anniversary. It is definitely one of the best episodes of the series, even though David Tennant’s Tenth Doctor and his companion Martha Jones are hardly in it. Instead the story follows the character of Sally Sparrow (a pre-fame Carey Mulligan) in her lone appearance on the show. In this gripping thriller, Sally goes head-to-head with some of the show’s greatest villains in their first appearance: the Weeping Angels.

Matt Smith’s Eleventh Doctor comes face-to-face with his TARDIS in this episode written by author Neil Gaiman. With companions Amy and Rory, the Doctor investigates a Time Lord distress signal only to realize they’ve been tricked by an alien who wants to consume the energy of the TARDIS. The ship’s matrix is removed and put into a woman named Idris. The result allows us to get an interesting look at the Doctor’s relationship with the TARDIS and just how much the old friends mean to each other as they converse for the first time.

Just like the 10th anniversary episode, some old Doctors make an appearance in the 50th anniversary special. The Eleventh Doctor is brought together with the Tenth Doctor and the never-before-seen Ninth Doctor as we learn more about the Time War and what really happened on Gallifrey. The return of beloved characters like Rose and the other Doctors thanks to the magic of modern technology, as well as the first appearance of Peter Capaldi‘s Twelve, make this a must-watch episode. Perhaps the best cameo goes to Tom Baker, who is the only former Doctor from the classic series to show up in the flesh. The ambiguous nature of his identity in the cameo makes it even better.