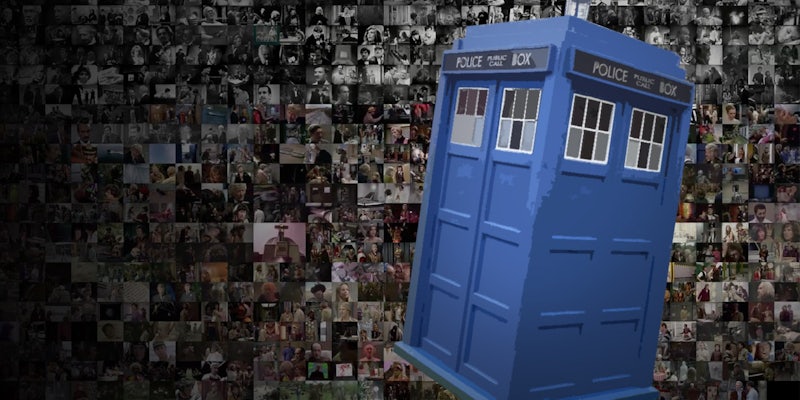 Marvel at all 707 classic ‘Doctor Who’ episodes playing simultaneously

Doctor Who is universally recognized as one of the great enduring television shows of our era—but with more than 80 episodes spread out over 50 years, getting into it for the first time can be a seriously daunting prospect.

If you’re still craving ultra-high-volume television after that, then peruse some of Omni Verse’s other videos, which include all 140 Futurama episodes simultaneously, all 192 Teenage Mutant Ninja Turtles episodes, and every Simpsons episode at the same time—554 all in all.