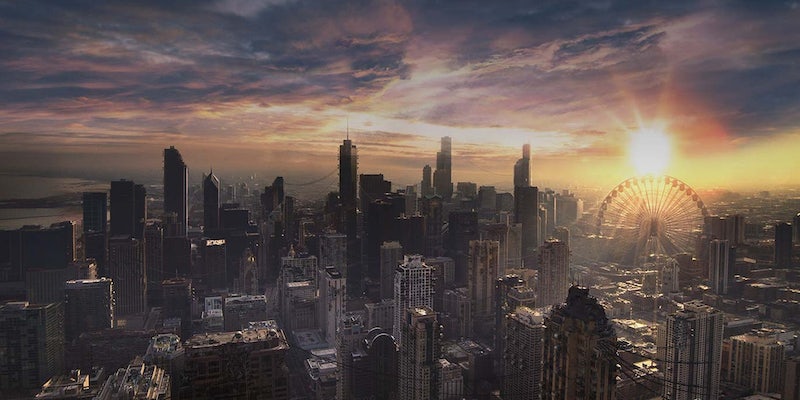 ‘Divergent’ finale film will be split into 2 movies

Is "getting a two-part finale" the new hallmark of YA film adaptations?

They said it couldn’t be done, but after hitting the magical $100 million mark at the box office, Divergent, the film adaptation of Veronica Roth’s bestselling Young Adult dystopic series, is getting the ultimate sign of studio approval from Lionsgate.

The studio that has given both Twilight and The Hunger Games an extra film for their finale is officially giving Divergent the same treatment. Deadline announced Friday that Lionsgate has earmarked Allegiant for two feature films instead of one, with the final film to arrive in March of 2017.

Despite the intense controversy over the way Allegiant ended, Divergent’s dauntless fans flocked to theatres in march, gradually boosting the film to a respectable worldwide take. Still, not all fans seem happy that the past book is getting the extended treatment, particularly since one of the main criticisms fans have had of Allegiant is that not very much happened in it. Tumblr user themusicalbookworm speaks for us—and much of the fandom—on the subject:

I feel like the Divergent fandom Is literally the only fandom in the world who does NOT want their final book split into two movies.

Already, a huge chunk of Allegiant was super unnecessary and slow. And now they want to make 2?

If anything, cut Insurgent in half. Now THERE’S a book with a shit ton of plot. Allegiant is just, “But what MAKES our brains do things?” For like a million pages all the while Tobias is reflecting on how much he hates himself and his life. Then the last hundred pages are like, “Oh, yeah. We have a world to save” and we all cry.

But while fans debate the necessity of the expansion, the publishing industry might be breathing a sigh of relief. With sales boosts from the Hunger Games finally ebbing and a plunge in demand for apocalyptic dystopias, they’ll probably embrace the idea of one last sales spike for the Divergent trilogy.

Meanwhile, we’ll await the inevitability of Fifty Shades of Grey, as told through 50 separate feature-length films.