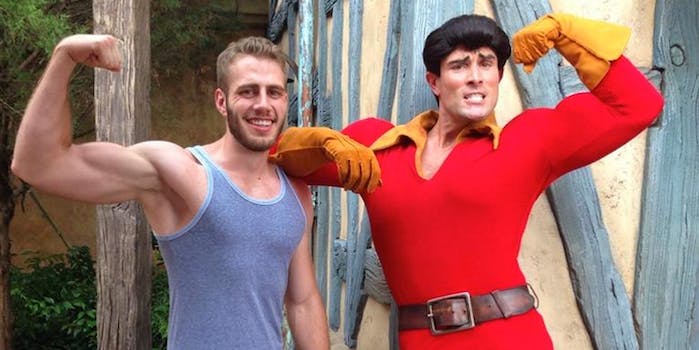 We don’t know who Walt Disney World’s resident Gaston is, but he’s quickly winning our hearts. Last month the manly Beauty and the Beast villain allowed a six-year-old to totally pwn him without losing any of his Gastonishing charm.

But his magnanimity only goes so far, apparently: When one upstart visitor to Belle’s Village in Disney World challenged Gaston to a push-up contest, he wasn’t about to accept defeat.

Yes, this is a dreaded vertical video, but it’s worth it for the sheer level of pwnage that happens at 0:47.

The video comes to us courtesy of redditor carbonyl, who related to r/Disney that the guy challenging Gaston in the video is his brother.

Apparently his brother, in addition to holding his own next to the Manliest Man of them all, is a good sport about being shown up by an animated Disney villain.