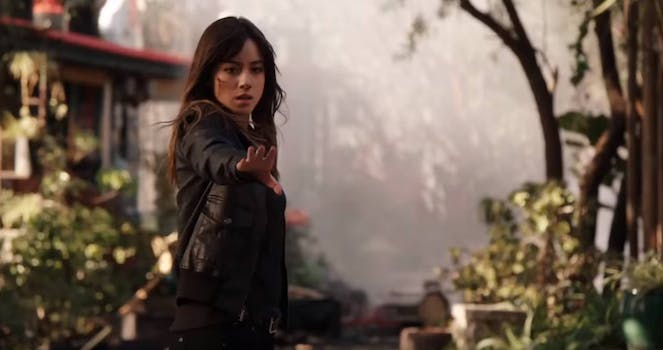 This doesn't bode well for the movie.

Disney took Marvel‘s Inhumans off of its release calendar on Friday night, signaling that the film about a race of superhumans had been delayed.

The company did not announce a new release date for the movie, nor did it say it was canceling the project. A Walt Disney Studios spokesman did not respond to a request for comment.

Kevin Feige, the president of Marvel Studios, told Collider earlier in April that Inhumans would likely “shuffle off the current date” following Disney’s addition of a standalone Spider-Man film and the fifth Indiana Jones movie to its lineup. “How far down it shuffles,” Feige said, “I’m not sure yet.”

Marvel has already introduced Inhumans into the Marvel Cinematic Universe on the ABC show Agents of S.H.I.E.L.D.

In the series, Inhumans are genetically modified humans, created long ago by an alien race called the Kree. Inhumans live normal lives on Earth until an accident involving the global distribution of an alien crystal activates their latent abilities.

Daisy Johnson, an Inhuman and one of the show’s main characters, leads a small team of fellow super-powered people to supplement S.H.I.E.L.D.’s human agents.

The Inhumans first appeared in Marvel comics in an issue of the Fantastic Four series in 1965. Throughout their various iterations, they were always an offshoot of the human race engineered by the Kree. They gained their powers through a process called Terrigenesis that involved smashing Terrigen crystals to release the Terrigen Mist.