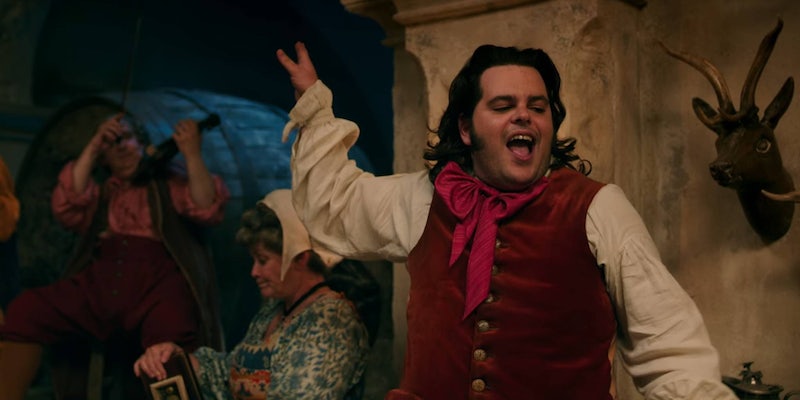 It's good to see Disney finally include a gay character, but is Gaston's dweeby sidekick really the best choice?

Beauty and the Beast will include Disney‘s first gay character in a children’s movie: Gaston’s dorky sidekick LeFou, played by Josh Gad.

Director Bill Condon shared the news in an interview with Attitude magazine, explaining that LeFou is “confused about what he wants. It’s somebody who’s just realising that he has these feelings. And Josh makes something really subtle and delicious out of it.”

LeFou is the character who leads the iconic song “Gaston,” singing Gaston’s praises even as Gaston bullies him. Here’s a clip from the live-action version:

On the one hand, it’s good to see Disney finally include a gay character in a children’s movie, hopefully paving the way for LGBT representation in Disney’s Star Wars and Marvel movies. On the other hand, it feels odd to frame this as a tremendous achievement. Let’s break down the context.

Like in the animated movie, LeFou is a clownish figure. Gaston is a parody of heterosexual masculinity, and LeFou is his craven sidekick with an unrequited crush. His name roughly translates as “the fool” or “the madman,” and his role is to bolster Gaston’s confidence and help him take down the heroes. You can interpret this as a tragic story for LeFou, but it’s hardly a high point for positive LGBT representation in 2017: a dweeb who hopelessly pines after a muscular straight guy. It’s also worth remembering that Disney has a long history of featuring coded gay villains in its animated movies.

Of course, Beauty and the Beast isn’t out yet, so this judgment may turn out to be overly harsh. Bill Condon also said that LeFou’s subplot “has its pay-off at the end” with an “exclusively gay moment” (whatever that means), so maybe LeFou and Gaston end up together. A rather dubious happily-ever-after, but hey—the heart wants what it wants.