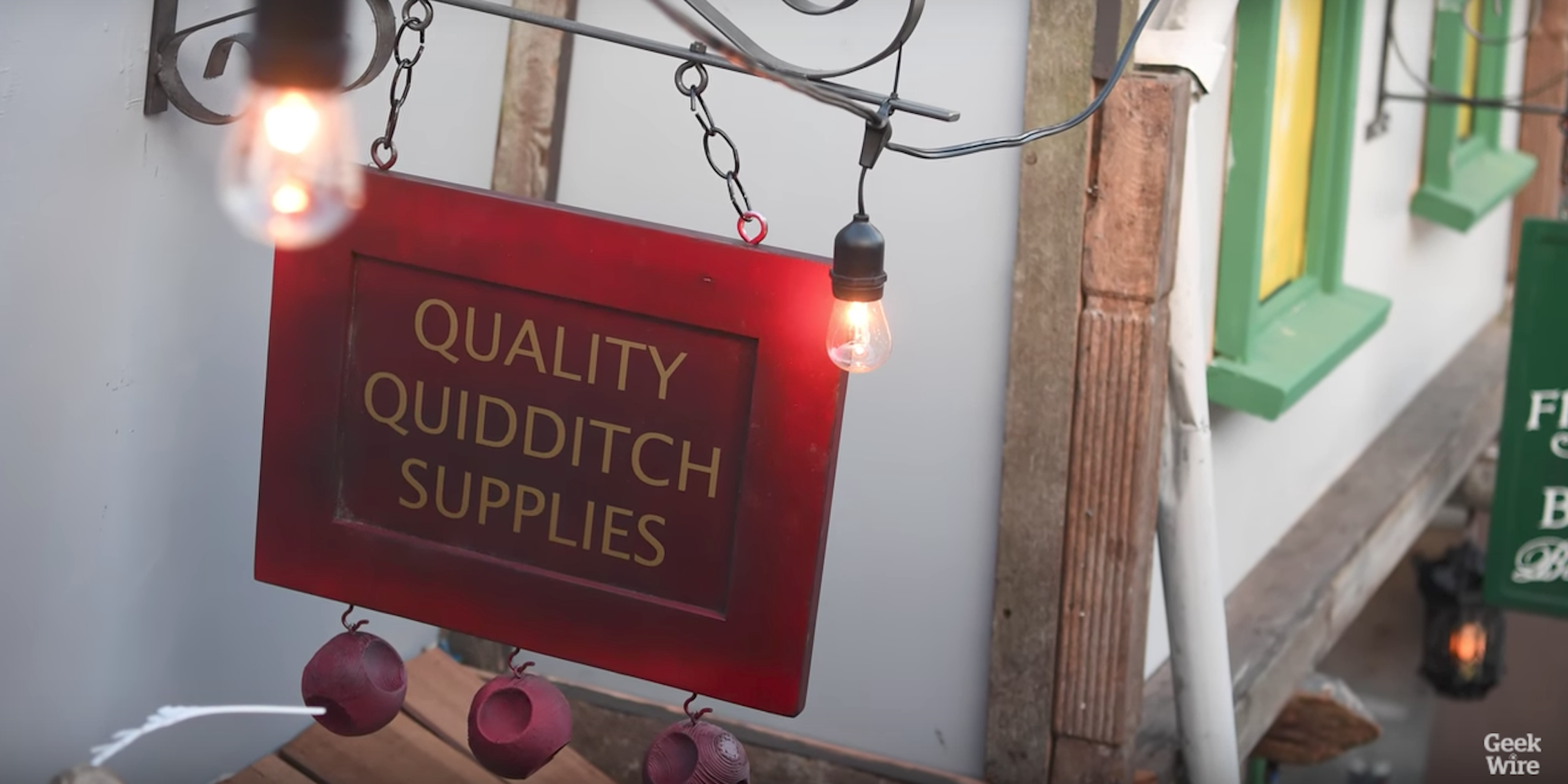 Halloween may be over, but the Harry Potter fun has just begun.

Halloween may be over, but Harry Potter fans still have an excuse to don their favorite wizard-inspired costumes: There’s a real-life Diagon Alley in this muggle world of ours, and it is open to anyone who wants to visit!

Jonathan Chambers, a Seattle father of two little girls, is credited with bringing to life the magical, fictional shopping district. It features 30 storefronts and many quintessential wizarding items, including a 3D-printed golden snitch, potions, and store signs.

Chambers does not take all of the credit for this epic creation himself. The inspiration for this DIY Diagon Alley came from his daughters, who suggested it should be the theme of his Halloween project. And while he said out-of-pocket expenses fell around $2,500-$3,000, most of the materials and supplies were donated by the community.

About 2,000 people have already visited the magical alley, raising about $3,000 for pancreatic research.

1600 visitors so far and climbing. Lots of $$$ raised for pancreatic cancer research. #diagonalleyproject

If you did not make it in time for Halloween, fret not. The display will be open through New Years.