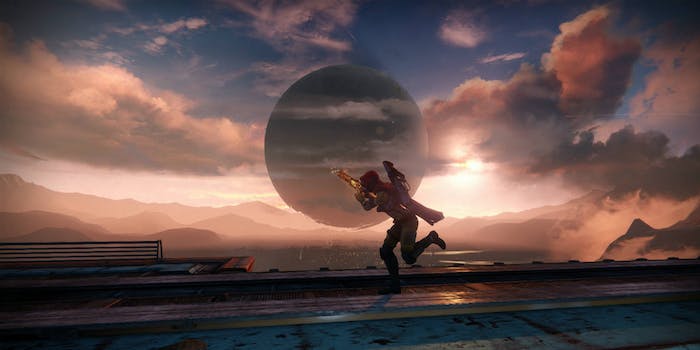 I spent 12 hours playing Destiny on launch day this week, and I have yet to find a reason one of my best friends got screwed out of being the fourth on my Fireteam.

Fireteams in Destiny are composed of three players. That’s smaller than in most team-based games I play. Borderlands, also a cooperative first-person shooter with role-playing game elements, allows a maximum team size of four.

The last time I heard player concerns about team size was just before the release of Titanfall, when it was announced that six to a side would be the maximum number of players, and there would be AI soldiers running around to help give battles a sense of scale. Players wondered why the bots couldn’t be removed and the teams made larger.

Then Titanfall was released and it became clear that the titular Titan mechs motivated the decision. The Titans were so large that any more than six Titans per side on the field at one time would gum up the maps so combat would be almost impossible. You’d end up getting in each others’ way.

I have yet to find any such rationale for Destiny’s three-player teams. 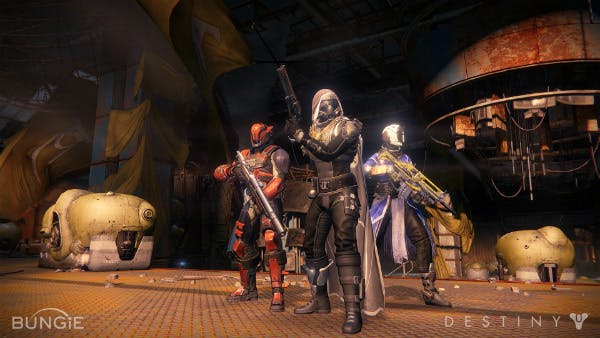 It sucks to die in any video game. It particularly sucks in a team-based game, because it’s like being on the field one second, and then suddenly getting pulled onto the sidelines the next. It feels like when I tried to play football in high school. I rooted for the team from the bench, but I wanted to get out there and do my part.

In games that depend on teamwork, like Left 4 Dead or Gears of War, keeping each other alive is paramount. Not only because your chances of success are higher, but when you’re playing with friends, it’s personal. You don’t want to see your friend frustrated and out of the action. You genuinely want to help them, the way you’d help a friend in the real world.

Bryan, Caroll, Sam, and I are a squad. When we play games together and one of us calls for help, there’s no hesitation. Someone calls out “I’m on it!” or “I’ve got ‘em!” and the other two provide cover for the rescue attempt. This teamwork gives me the gratification I think I was meant to garner from sports when I was a kid.

I sucked at Little League, but I can kick ass at video games.

It’s even better when we’re on the attack. We’re so synced to one another that a single word conveys a lot of information. When Sam says “Flanking!” I know precisely where she’s going and what she’s doing, because I know where she is, and what the map is like. Whoever is on her side of the formation knows to step up and cover her, and the other two know to get into position to guard the weak flank as a result of our shift.

When a group of players bond like this, it is a beautiful thing. This is why I play video games. 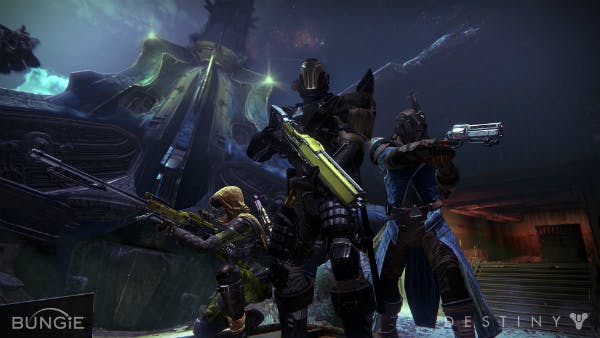 Sam, Carroll, and I started playing Destiny around 10am Tuesday. Bryan had to run some errands before he was available, and by the time he got home, the other three of us had already made substantial progress into the game’s story, and all had level 5 characters. Bryan, on the other hand, had to start from scratch.

I didn’t know what to do. On the one hand, I’ve been the odd man out, unable to play with my friends because the group was full. On a day like yesterday, when a game I was so excited for was finally released, I would have been devastated to be locked out of the group.

On the other hand, all the other options were bad. One of us could have dropped out and paired up with Bryan, but level disparity was an issue. Sam, Carroll, or I would have cut through the enemies in the first missions like hot knives through butter. Bryan would have practically just stood there and watched while we did all the work, and that’s no fun.

Sam, Carroll, and I had been working all morning to get past the content in Old Russia—the first map in the game—because we’d played through all of it in the beta in August. We wanted to see what else Destiny had in store for us, like to get to the Moon and try something entirely fresh.

It felt like the most logical choice was for Sam, Carroll, and I to do the thing we never do in video games. We chose to leave a man behind.

“Are you playing with Bryan?” my wife asked while I played. I unhappily explained the situation to her, how Bryan had planned on playing Destiny all day, and now had to wait for more people to log on. “That’s tragic!” my wife said, and a wave of guilt hit me.

Should I have broken up my group with Sam and Carroll, disparity in game progress notwithstanding, such that none of us had a full team? Would we have been able to get through some of the tougher missions with only two people? Sam, Carroll, and I barely got through some of them with a full Fireteam. 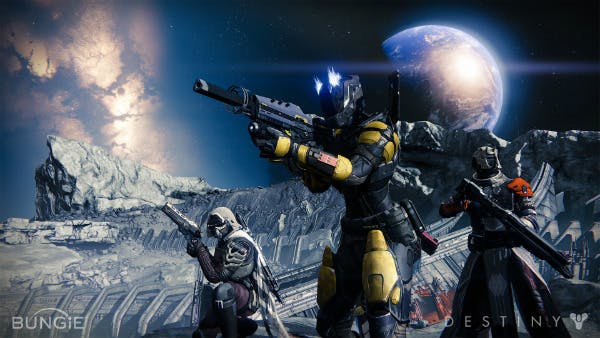 Communities will form around Destiny to help alleviate this problem. Over on NeoGAF, players are organizing. Destiny clans are also forming up, which will make it easier for people to find others to play with. And once everyone playing Destiny has hit maximum level with their characters and finished the story, that will make it much easier to pop in and out of different groups.

That doesn’t help any of us in the short term. We reached out to Bungie to ask why they settled on three-man Fireteams. We did not hear back in time to include comment in this story, but will provide an update if and when we do.

It can’t be because the maps are too small. They don’t feel any smaller than in Borderlands, which fits four people nicely into all the spaces, even tight spaces like buildings. Maybe it has something to do with balancing difficulty. Having another player would have made certain levels much less of a grind. A fourth player would have markedly improved the experience at several points in my playthrough so far.

I don’t know why Fireteams are limited to three people. I do know that my first day of playing Destiny (by virtue of a design limitation I can’t understand) introduced guilt into the equation. It introduced a sense of leaving a friend behind, which is the antithesis of why I play video games.

That is not the first impression any video game wants to make on a player.