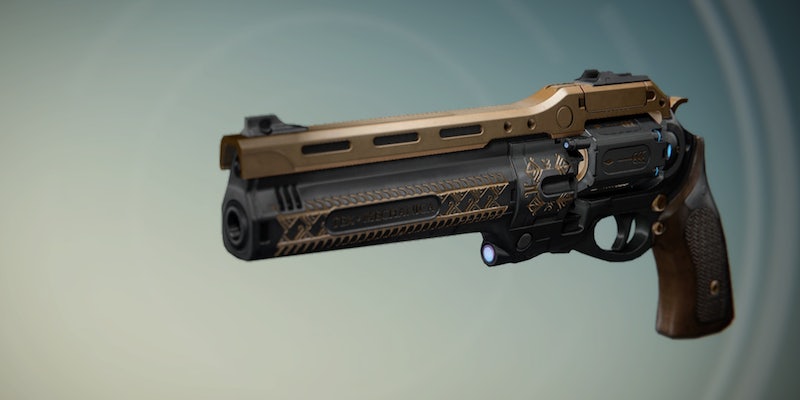 It only fires Nerf bullets, but it’s still cool.

In Destiny, the difference between success and failure is having the right gun for the right target, and the hand cannon The Last Word is very good at killing other players.

All the weapons in Destiny have names just as swords in fantasy stories often have names: Bilbo Baggins’s Sting and Arya Stark’s Needle. The Last Word is one of the best weapons for multiplayer in Destiny. It is accurate, does high damage, and most importantly is the only pistol in the game that players can twirl around their finger like a Wild West gunslinger when they unholster the weapon.

Naturally, when YouTuber and Nerf modder LordDraconical decided to make some Destiny replicas, The Last Word was high on his list. He combined a Nerf pistol with some 3D replicated pieces to make a weapon that actually fires Nerf darts, and that of course can also be twirled on a finger.

This is not LordDrac’s only Destiny replica. He also made a replica of Thorn, which may be the best PvP weapon in the game. The replica doesn’t look as good as The Last Word, however. You can see the red Nerf parts too clearly.

LordDrac has also uploaded a guide for building your own version of a Ghost, voiced in the game by Peter Dinklage, if you want your own Dinklebot.

Finally, some of the best armor pieces in Destiny also have names. Deathsinger’s Gaze is one of the coolest-looking helmets in the game, and LordDrac has a replica-building guide for this, as well.