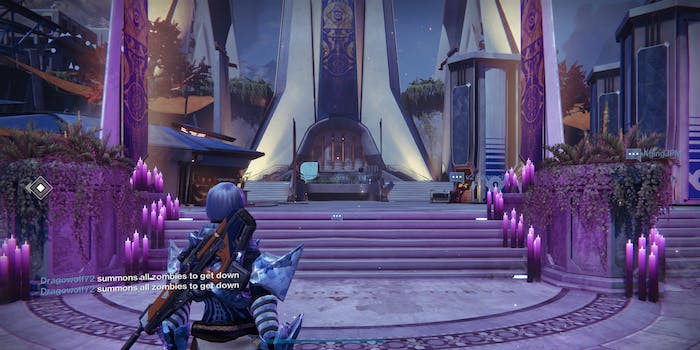 Destiny kicks off its ‘Festival of the Lost’ Halloween celebration

Goody bags are up for grabs, and they’ll cost you real-world money.

Do you want to go trick-or-treating in the Tower from Destiny? We totally do.

Destiny is celebrating Halloween with the Festival of the Lost. The Tower is decked out with candles and decorations, the sound of screaming fills its halls, and the Eververse Trading Company is selling Mystery Bags filled with goodies and some Halloween-themed dance emotes. For real-world cash, of course.

Even the Traveler is getting into the celebration, inasmuch as the City has turned him into a giant projection screen. 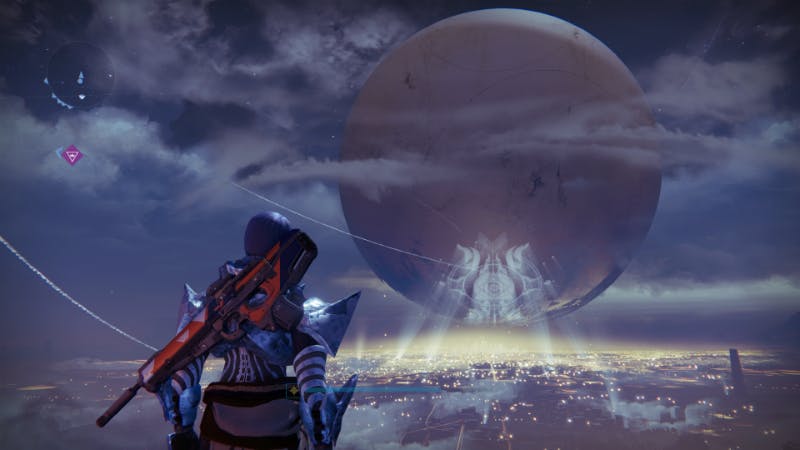 Unless you saved some of that free money you’re going to have to spend at least $5 for 500 pieces of Silver, the smallest microtransaction available for Destiny, if you want to buy one of the Mystery Bags. 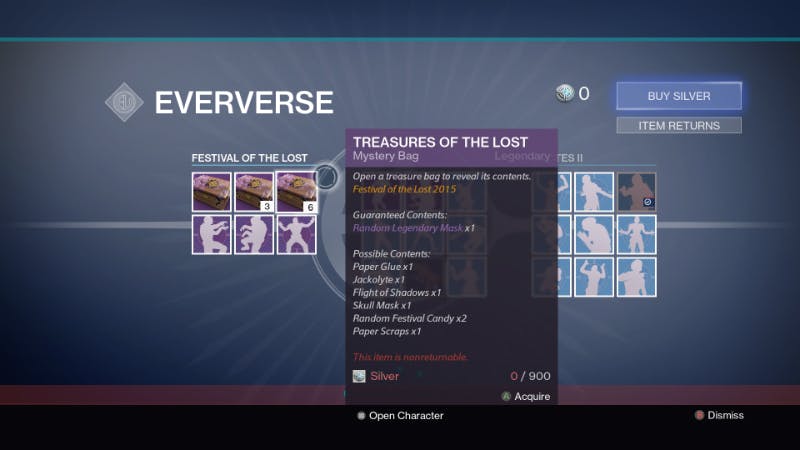 Last year Destiny celebrated Halloween by handing out a stack of Jackolyte masks—like pumpkins with three eyes—to everyone playing the game. You can score yourself some more Jackolytes this year as they’re included in the Mystery Bags.

The Destiny subreddit has broken down all the possible Mystery Bag contents if you want a sneak preview of what you might be coughing up real-world cash for.

Guardian outfitter Eva Lavante also has some Festival of the Lost-themed quests, and she’ll give you a Mystery Bag for free. 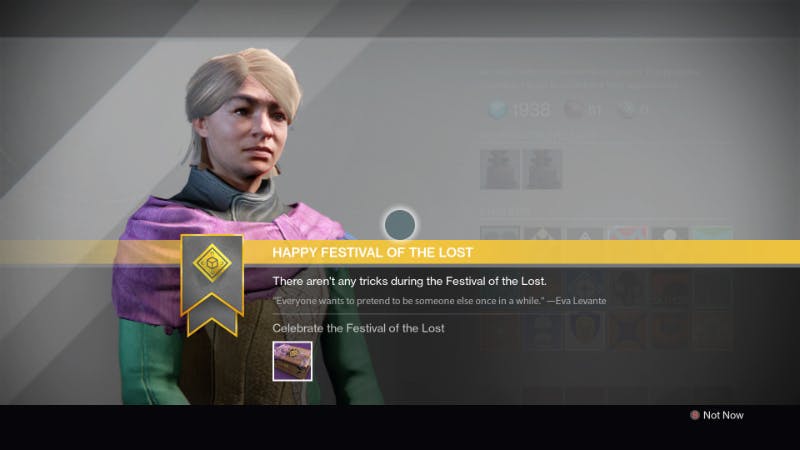 Also, all the papier-mâché decorations in the Tower are shaped like loot engrams. This is just too adorable. 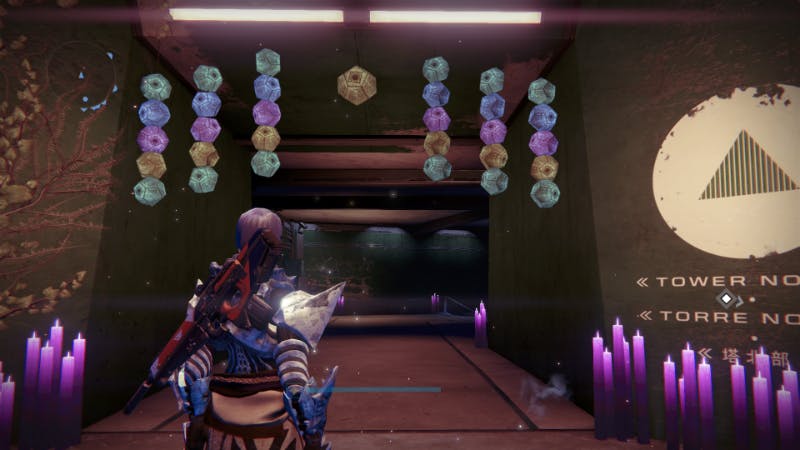