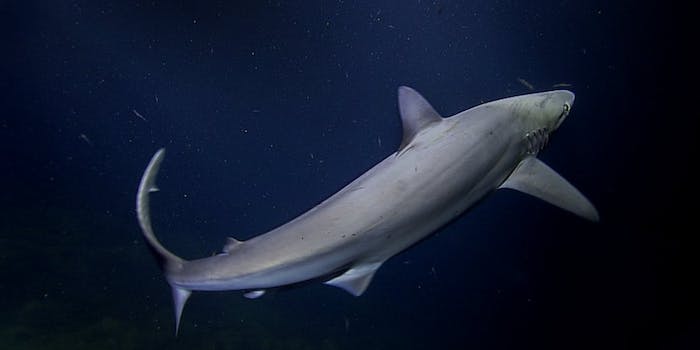 Ocean explorers are taking you into an underwater volcano

Say hello to the Dumbo octopus on your way.

Right now, a team of deep sea explorers are surveying the crater of Kick’em Jenny, the most active submarine volcano in the Caribbean. And you can join them thanks to the live video streaming from the Exploration Vessel (E/V) Nautilus, the research ship the team calls home during the expedition.

As I write, the team is consuming white chocolate macadamia nut cookies, but viewers who tune in between now and Oct. 10 can see the underwater-scape near the volcano as well as fish, sharks, rays and other amazing critters. Chatter from the researchers watching the feed gives viewers a chance to learn from from the experts.

Robert Ballard, the explorer who discovered Titanic’s wreck, runs the ongoing expedition, with the support of the Ocean Explorations Trust. The E/V Nautilus has been exploring the seafloor since 2008.

This season has been full of crazy creature sightings. Earlier this month they spotted a large dumbo octopus (named for their goofy ear-like flippers!) that floated right by the underwater vehicle’s cameras.

Also, check out this crazy siphonophore, a very strange sea creature. Like the Portuguese Man O’ War and by-the-wind sailors, these creatures are actually colonies made up of many individual animals. The researchers on board are just as amazed as us landlubbers:

“The waving structures observed at the back end are contracted tentacles equipped with stinger capsules. When undisturbed, they are lowered and form a curtain used to fish for prey,” Brown University researcher Stefan Seibert told National Geographic News.

To keep abreast of the happenings on the E/V Nautilus, tune in to their Twitter or Facebook feed. The expedition’s explorations around the volcano are the last for this season, but worth checking out. Next season will bring more animals, more underwater canyons, and shipwrecks.