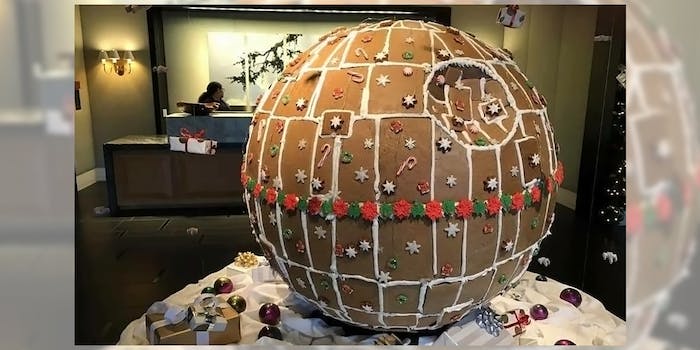 With Rogue One’s theatrical release set just before Christmas, fans are tapping into the holiday spirit to spread the Star Wars cheer. And one fan brought those two forces together in a particularly dark and delicious way.

This Death Star may not be the size of the battle station that inspired it, but it looks like it’ll still hold us under its tasty domain. Made of gingerbread, icing, and festive decorations to make the design stand out, it’ll rule over any office party it sneaks up on.

If there’s one flaw in this Death Star? How delicious it looks. And we definitely know someone who’s practically destined to take that on.