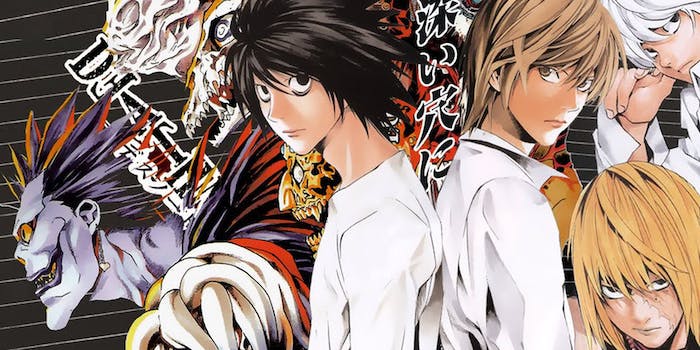 Like Light Yagami himself, this beleaguered production just won't quit.

Just when it seemed it was finally dead in the water, the English-language production of Death Note has found a way to live on.

Adam Wingard, who helmed such cult horror films as The Guest and You’re Next (the latter is high on our list of best horror films on Netflix) has signed onto direct the English movie adaptation of the bestselling manga and anime series, according to the Hollywood Reporter.

Wingard steps into the director’s chair after the departure of Shane Black (Kiss Kiss, Bang Bang).  He joins a production that has been in the works for years, after the film rights bounced around Hollywood, transferring to Warner Bros. in 2009. At this point, the English-language Death Note has had so many unbelievable rumors attached to it that it’s taken on something of a mythic quality. No, Zac Efron is not starring as Light Yagami, the model teen whose angelic face masks a megalomaniacal sociopathy that finds its perfect companion when he chances upon a “death note”—a book that kills whoever’s name is written in it, in the manner of the author’s choosing. No, Gus van Sant is not coming on board as director.  No, the leaked script that surfaced in 2011 is not the one currently in production, and the demon Ryuk, who gives Light the Death Note, will not be written out of the final version.

The newest script by Jeremy Slater (Fantastic Four) will restore many of the elements in the source material. With indie horror veteran Wingard at the helm, and with a production team that now includes die-hard anime fan Masi Oka of Heroes fame, things may actually be looking up for this dark, modern morality tale.

Still, this is only the beginning of a long road to movie theaters. In particular, the ultimate question has yet to be answered: Who will be worthy of playing Light and his iconic nemesis, the socially awkward, reclusive genius L? Since so much of the manga and the anime’s popularity rests on the shoulders of these two characters, the casting choices here could make or break the production before filming even starts—hence the persistent rumors about Efron from a horror-stricken fanbase.

By now, 12 years after the Death Note manga first riveted Japan, so much drama currently exists around its English-language adaptation that we worry there’s no way for the film to live up to the hype.

But still, even a Death Note adaptation that’s all flash, like Light himself, would be better than no film at all.

And with this news, we’re one step closer to finally seeing it for ourselves.

Illustration by xxpoisonedmuffinzxx/deviantART (CC BY 3.0)