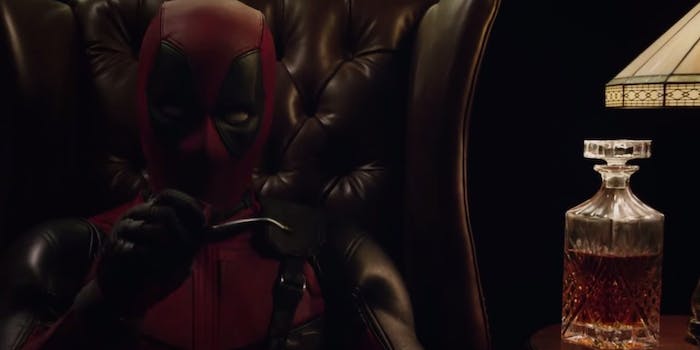 Marvel Studios isn’t the only company determined to get creative with their superhero trailer promos. Fox’s first teaser trailer for Deadpool is officially out tomorrow, as we just learned from… this teaser for his teaser.

In case you had any doubt that Marvel’s wisecracking Merc with a Mouth will have the funniest superhero movie of next year, this trailer will clear that right up. It’s only 40 seconds long, but in them we learn immediately that all the pop culture satire, superhero mockery, and unchecked profanity we want from a Deadpool movie will be on tap.

Note: Video contains the F-bomb, so even though all Ryan Reynolds does is sit in a chair and snark about the trailer he’s going to show you, this may be NSFW:

There’s something in Reynolds’ schtick that reminds us a little of Jim Carrey’s ’90s superhero parody The Mask, but we’re choosing to ignore it in hopes it’s just a passing resemblance. Hopefully, tomorrow’s real trailer will continue to make all our Deadpool dreams come true.